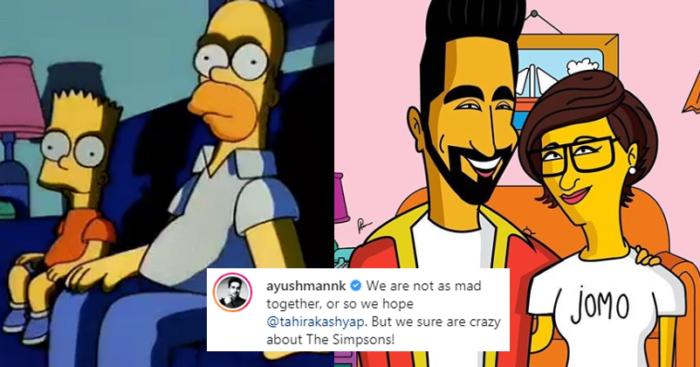 Almost a month ago, we witnessed a collaboration that almost everyone could get on board with. Disney + Hotstar was launched in India that offered its viewers an opportunity to view their favorite Disney movies. This collab has also been a blessing in this lockdown period.

From Marvel movies, shows from the Star Network to a collection of Disney‘s own movies and shows, Disney + Hotstar was has gained its popularity and viewership instantly.

After its successful launch, the platform is now all set to bring the world’s favorite family, The Simpsons, to India.

Evidently, episodes of the latest season of this iconic show will be available to stream on the platform just minutes after the US. Created by Matt Groening, globally recognized as a pioneering animator – The Simpsons made its debut in 1989 and is the longest-running sitcom in American history with a collection of over 675 episodes spanning 31 seasons – all of which will be available on Disney+ Hotstar Premium.

The news of the launch was everywhere. Disney + Hotstar‘s official Twitter handle was also quick to share the news.

Warning: Homer might drop some D’oh bombs on you! pic.twitter.com/hLszLKWZ4q

The news of the release of the show was probably enough to attract its viewership. However, what caught our attention even so more was the way the OTT platform marketed its announcement. The campaign was done on Instagram & Twitter wherein many Bollywood celebrities were seen uploading a picture of themselves in the famous yellow avatar.

Arjun Kapoor, Twinkle Khanna, Radhika Apte, Ayushmann Khurrana, and Shirley Setia were among the celebrities who posted their animated pictures on their official social media handles.

She's the Lisa to my Bart, and I’m sure she thinks I’m just as annoying as Bart 🤦🏽‍♂️😜 The resemblance is uncanny though… @anshulakapoor & I do agree on one thing, The Simpsons just keeps getting better !!! Can't wait to binge watch the new season… @disneyplushotstarpremium #TheSimpsonsAreHere

Aww..This really brings out the crazy in us. I've always wondered what it would be like to step into The Simpsons world and now we're a step closer! I don't know who needs to hear this, but all 31 seasons of the Simpsons are streaming & I can't wait to watch the latest one with my kids. Goodbye responsibilities, hello couch! @DisneyPlusHotstarPremium #TheSimpsonsAreHere

Some days I feel like Marge and some days Lisa. Most days I just feel like watching The Simpsons! Good bye sleep. This is the marathon I've been waiting for! Thanks @DisneyPlusHotstarPremium for 31 seasons of pure fun to combat the lockdown blues! #thesimpsonsarehere

My Mom and I, all Simpson-ised 🙈🤩 So epic! Thank you @DisneyPlusHotstarPremium for bringing the crazy family of The Simpsons back into our lives! Go watch it everyoneee and tell me in the comments below which character is your favourite? #TheSimpsonsAreHere

We are not as mad together, or so we hope @tahirakashyap. But we sure are crazy about The Simpsons! All other fans out there, say "Woah Mama", and head to @DisneyPlusHotstarPremium because the funniest family in the world is here! #TheSimpsonsAreHere