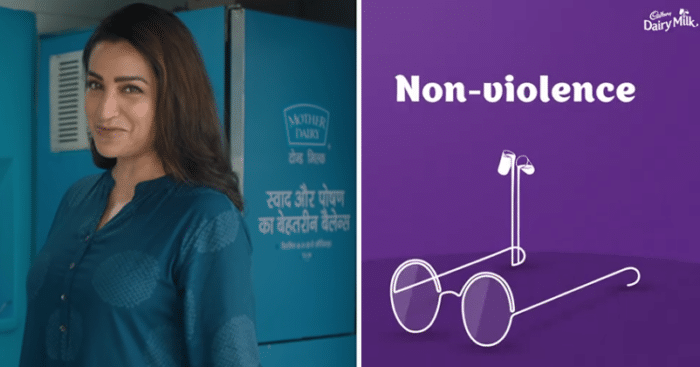 October starts with the commemoration of the Mahatma Gandhi’s birthday. With prayer services and tributes pouring from everywhere in the world, a lot of brands have also made heads turn with some amazing campaigns featuring our father of the nation in different and offbeat ways. Let’s take a look at some of them

Plastic use has increased manifold. And this has translated to an epic rise in plastic and non-degradable waste. To stress on this fact of reducing plastic usage for a cleaner and better India, a digital film featuring Tisca Chopra by Mother Dairy is making the right noise. The ad exhibits their Swachhtagrah initiative in a very appealing and matter-of-fact manner. The initiative has presumably been inspired from Gandhiji’s ‘Satyagraha’

The glue brand that never fails to surprise us, Fevicol wittily associates with Gandhiji on is birth anniversary with on-point creatives. 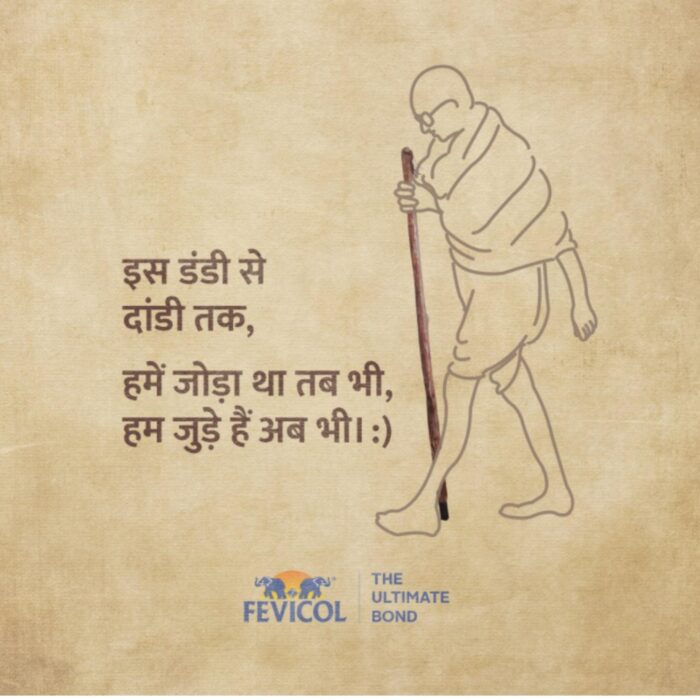 Cadbury never fails us. Whether with its taste, or its advertising. Looking at every ad is like making memories or revisiting them. And this time, with a simple creative, the ad reminds us of the very values Gandhiji practiced and preached. Incorporating its logo into becoming a silhouette of Gandhiji, the message is on-point wishing everyone on this occasion.

The delivery app Dunzo took to social media, condemning the practice of associating false quotes of other great personalities with Mahatma Gandhi. This truth has been funnily expressed with some superb creatives. 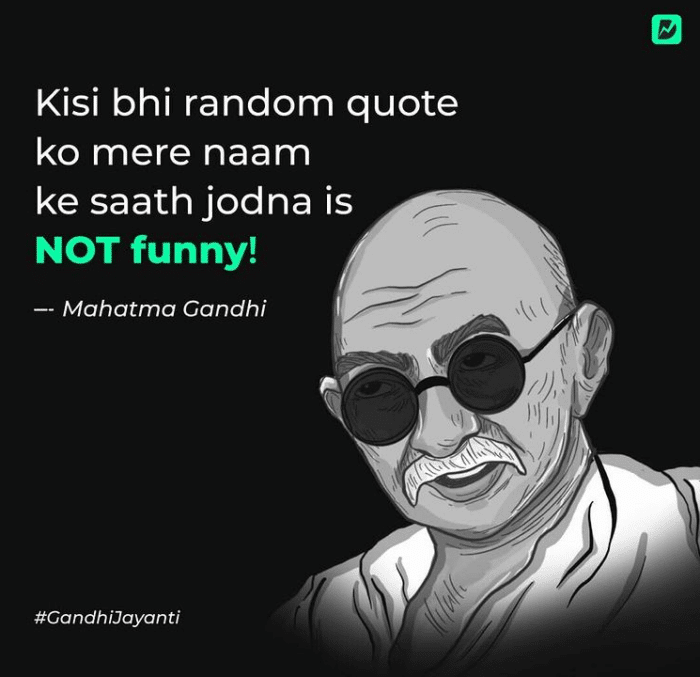 EdTech giant Byju’s ad is probably one of the most heart touching ads this Gandhi Jayanti. Featuring legendary actor Manoj Kumar, the ad dives into Gandhiji’s persona, reflecting the values and reminding us to strong, self-sufficient, perseverant and self-sufficient. The ad various inspiring people from our country who are a living example of these values.

This short visual from McDonalds depicts their burger and a bowl of ketchup next to each other and a charkha being spun around them. It’s simple and effective.

This year on #GandhiJayanti, we’re revisiting history! (order history included 😋)
What about you? pic.twitter.com/aVdYGpm1UY