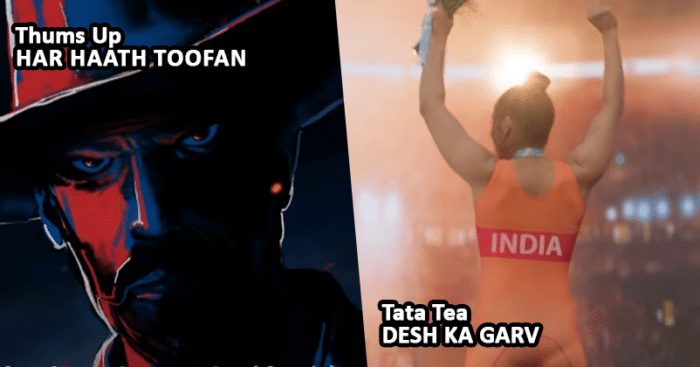 On 15th August 2022, India celebrated its 75th year of independence. And what made this year’s celebration special and momentous, was every home participating in the Har Ghar Tiranga movement.
Various brands in the country too celebrated this patriotic day, with vigour and zeal. Let’s take a look at some campaigns.

The brand celebrated how far our country has come in the past seven decades. Their ad campaign- #DeshKaGArv, highlighted various milestones achieved by our country, and how they are celebrated by the youth even today. They also launched a special and limited-edition tea set and tin pack collection.

The ad campaign by the paints brand shows a relatable event handled beautifully by a shopkeeper, to get the desired result.

With a wonderful twist, the ad is sure to get a smile on everyone watching it.

MSMEs have made an undeniable contribution to making India self-sufficient and competent with the outside world.

Their ad campaign this year celebrated this contribution of MSMEs- right from pashmina makers in Kashmir to rice manufacturers in Andhra Pradesh, highlighting their capability and importance.

India is made of people who are diverse, not only by their caste, culture and appearance, by also by their choices, thinking and beliefs.

The ad campaign by IDFC Mutual Fund celebrates this very diversity, that sets our country apart from others.

Many selfless souls are working tirelessly, to improve every little aspect that makes India shine even brighter. The ad campaign by the tyre giant salutes the spirit of such individuals.

The ad has a heart-warming premise and has beautifully incorporated the national song ‘Vande Mataram.

The ad by ThumsUp touches on the various emotions that have helped in shaping India for a better future over the years.

It reminds us to break free from prejudice and demotivation, by shining brighter, saluting all those hands who bought glory to our country.

Their campaign was all about thanking the true safety keepers of our country-our armed forces.

And for all they have done for us, the campaign urged everyone to thank them by doing planks and uploading videos of the same on social media, for which Bajaj Allianz Life will support retired defence personnel and their livelihood.