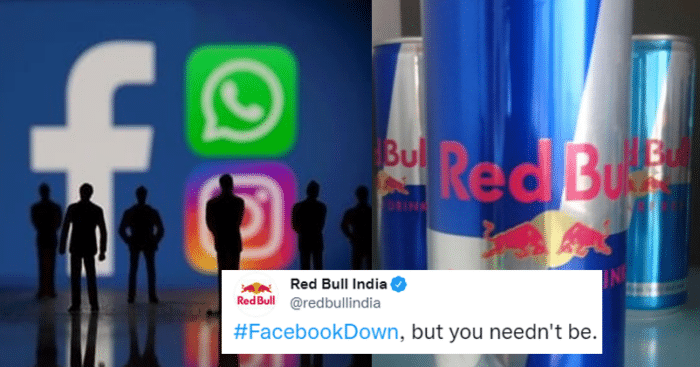 This phenomenon led to a banter between Facebook’s and other brands like Twitter, McDonalds, Reddit etc. It started with Twitter trying to mock Facebook’s global power outage by wishing “Hello, literally everyone” on its official handle. And first, replying with a tongue in cheek “hello”, was WhatsApp, followed by Instagram saying “Hi, And Happy Monday”.

hi what can i get u

59.6 million nuggets for my friends

Okay, who switched on DND?

#FacebookDown, but you needn’t be. #GivesYouWings pic.twitter.com/JnVZuNkXdV

HELP @facebook is down! I can’t keep breathing into this paper bag HOW DO I COMMUNICATE WITH THE WORLD #facebookdown pic.twitter.com/cLcPRlGm3R

Guess what book isn’t down right? ANY BOOK! #FacebookDown pic.twitter.com/NoK0L8pUID

Let’s all go to the bar.

Indian’s too had a funny take on this.

At least now we know why it sucks when one company owns everything.

Whatsapp is down!!! Quick!!! Email each other real factual news!! Reverse the damage!!!

A user uploaded a funny meme on Twitter with a person, fixing connectivity issues between a plethora of wires, and commenting “Mark Zuckerberg right now”

All the three apps-WhatsApp, Instagram and Facebook, are owned by Mark Zuckerberg. It is suggested that there was a Domain Name System Error nor a DNS Error, which allows web addresses to take users to their destinations. More than 50,000 users reported issues with Facebook and Instagram. 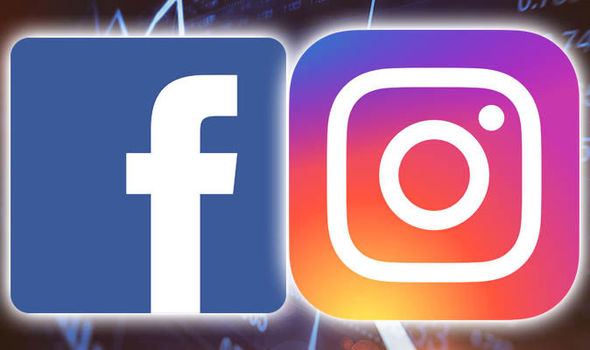 This was probably the largest outage Facebook has ever seen. The tech giant’s CEO, Mark Zuckerberg apologized for the global disruption of its services and assured that they will return to normalcy today.

Being the second largest digital advertising platform in the world, Facebook lost about $545,000 revenue per hour during the power outage, according to estimates from ad measurement firm Standard Media Index.