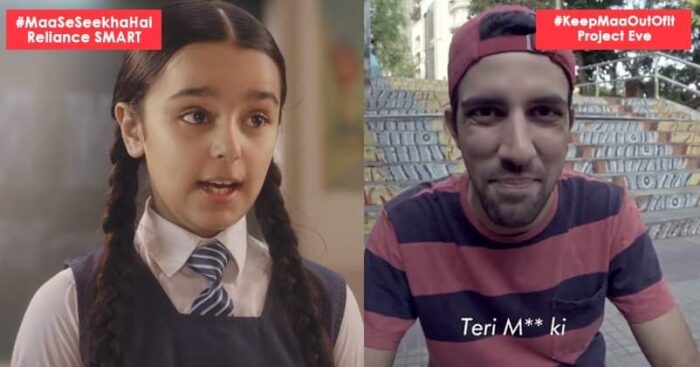 Mother’s Day has become a great medium for brands to communicate their message to the target audience. This year, a lot of brands expressed their creativity with campaigns that are celebrating the special bond of a mother and a child. Reliance being one of the largest and respectable business group in India is also impressing the audience with campaigns under different brands that show beautifully show the importance of mothers in every individual’s life. Have a look:

To salute motherhood, Jio planned a surprise for some mothers with the help of their children. As a part of this campaign, children expressed their love for mothers making mothers read what they mean for their children through video calls. The smiles on every mother’s face show how emotional it was for mothers to get this surprise.

Project Eve, the experiential fashion store from Reliance Retail celebrated Mother’s Day with a campaign named #KeepMaaOutOfIt. What makes this campaign interesting and different from others is- while every brand is talking about Maa, Project Eve decided to keep her out of things like harsh insults, casual slang and swear words.

To break all evils, Project Eve initiated a movement to make Indians pledge to end the abuse. The campaign pledges everyone to make a start to #KeepMaaOutOfIt. To create maximum impact with a high reach, the brand associated with Chitrangda Singh, Ritcha, Shubhreet Kaur. These fearless women pledged to never use the word “Maa” in their casual slangs and insults ever again. Social media users are been asked to give the gift of respect to their mothers by uploading a picture with a protest sign and use #KeepMaaOutOfIt.

Reliance Smart & Reliance Fresh launched a heart-winning campaign named #MaaSeSeekhaHai that talks about the things we learn from our mothers. The video beautifully shows how some lessons out of so many that mothers teach us, become the guiding light of our lives. The brand has shown how a mother’s confidence in a child helps the child to progress and succeed in life.

Reliance Digital’s #MaaKaPyaar campaign showcased that there is nothing in this world that matches up to the love of a mother (Maa ka pyaar). With a short digital film, the campaign shows some common nostalgic moments with all have with our mother. As a part of this campaign, Reliance Digital is also running an interesting contest for everyone to ‘Share your special ‘#MaaKaPyaar’ picture on social media.