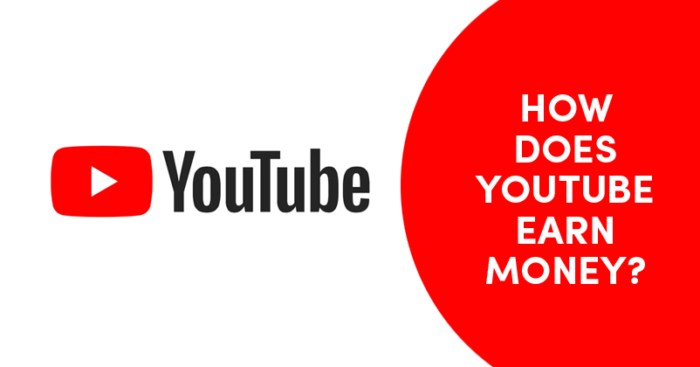 I know some of you may feel a little offended because you already know YouTube makes money through advertising, but it is half a story.
And those who don’t know even a thing about how YouTube makes money, I would like to share that advertising is one of the ways by which YouTube makes money.
Those frustrating ads which you watch in the beginning or middle or end are the primary source of YouTube revenue. But this Google-owned video sharing platform has a much more complicated money-making model than most people think.

Here are complete details of how does YouTube make money:

Advertising
In 2019, Youtube advertising revenue was $15.1 billion.
Actually, what YouTube is doing is providing free access to millions of videos to its users, and in turn, just asking users to watch a few ads for watching videos free.
And when all this is happening, meanwhile Google just records users’ activities on YouTube and combines it with their profile to help advertisers in targeted advertisements on Youtube.
For advertisements on YouTube, advertisers have to pay. Thus, this is how YouTube makes money through advertising.
Now those who feel offended here are other ways that also contribute to YouTube revenue.

YouTube Premium
You all have got the prompt of switching to YouTube Premium that offers ad-free YouTube, and even offered a one-month free trial, but after that, you have to pay for watching YouTube premium. This is another way YouTube earns money.
In a report, Google says YouTube has more than 20 million subscribers across its Premium (ad-free YouTube) and Music Premium offerings. It also specified that revenue from YouTube Premium is bundled into the ‘Other’ category, which also includes YouTube paid TV services and other services. So it is difficult to calculate the exact revenue, but I will tell you, it is also in some billions of dollars.

Sponsored Videos
Another way YouTube makes money is through sponsored videos. We all have seen that little ‘ad’ placed below the title of the video. It means that the video is sponsored. Means advertiser has paid YouTube to show its video above organic results. It is similar to paid results on Google.

Landing Page Advertisements
Landing page advertisements that you see on the ‘YouTube homepage’ is another way YouTube makes money.

Affiliate Earning
Those unwanted or wanted buy links of affiliate partners below the ‘YouTube video frame’ are also paid.

Channel Membership
That ‘Join’ button on the YouTube channel of your favorite curator, which guides you to pay if you want to join also earns YouTube money. YouTube keeps 30% of the revenue of channel membership paid by users for joining a channel.

I hope now you will look smart when someone asks you how YouTube makes money.