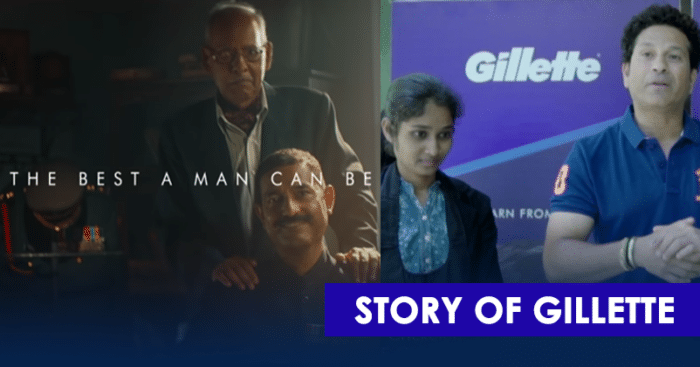 When we talk of razors, chances are that the first word that will come to mind is – Gillette.

The American brand of safety razors and other personal care products is now owned by Procter & Gamble, when the Gillette Company was merged with P&G in 2005. Gillette’s subsidiaries Braun and Oral-B have also been retained by P&G. Gillette has been synonymous with grooming since more than a century and is still a renowned name. Let’s see what it did right, to remain on the top always.

Salesman and inventor King Camp Gillette introduced the idea of a safety razor with disposable blades. After six years having achieved a patent for the same, and co-found The American Safety Razor Company in 1901. Within two years the company managed to sell only 300 pieces, but the next year, it sold 2,00,000 pieces. 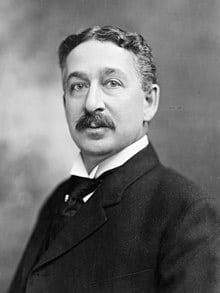 Though it was perceived to be an expensive product, the company still introduced an improved version in 1921, charging $5 for every new razor and $1 for every old razor. This gave birth to the Razor and Blade strategy, where razors are sold cheap and blades are sold at a surcharge.

Also, in 1971, the twin-blade razor system was launched in the market by Gillette. Also, maintaining high entry-barriers and continuous innovation with patenting strategies always helped keep competition for Gillette at bay. This shows that Gillette has always made use of the concept of first mover advantage.

Product has been the core of the marketing strategy of Gillette.

A unique value proposition makes an innovative product better acceptable. And Gillette capitalized on this, launching new models with innovation-based focus, like for example launching Mach3, a 3-blade system from its original two-blade system. It took two years of hardcore research to arrive at Mach3, by understanding that shaving was an uncomfortable and tedious job. Users wanted something that could lure them into incorporating shaving in their routine, and thus constant product innovations to suit audiences’ needs helped Gillette achieve recognition and retain market share. 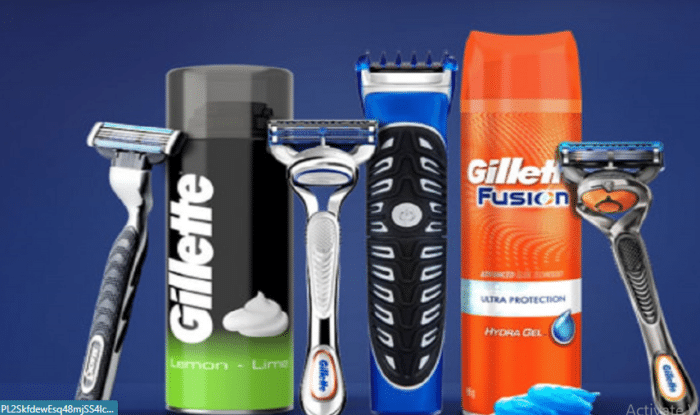 Infact, it even launched its first 5-blade razor, with the promise of a better shaving experience, which was priced at a 40% premium price after Mach3.
And since the Gillette had become a brand of repute, it even expanded its categories to include shaving gels, aftershave lotions and foams, along with the Venus Women Range.
Also, mechanisms to make the product available in various stores were undertaken, assuring easy visibility and reach. This took care of the product’s distribution.

Gillette maintained a value-based pricing for all its product variants. And this had products becoming highest-selling ones in the market. Infact, Mach 3 sales were exponential inspite of it being 35% higher in pricing than its Sensor excel model, prompting it to become the first billion-dollar razor and blade company in the world. 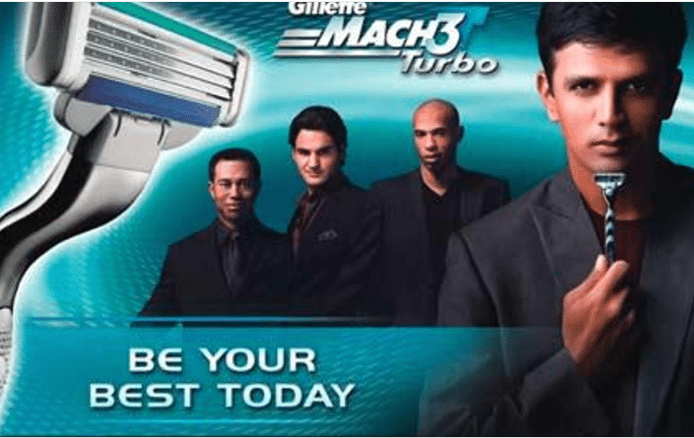 In order to attract customers into adopting shaving as a daily routine activity, it was important to communicate effectively, and this was done by using traditional ads and marketing campaigns like involving celebrities like Arjun Rampal and Neha Dhupia and sportspersons like Rahul Dravid and creating platforms like ‘India votes…to shave or not’. The shifting dynamics of the target audience had more youth coming into the picture too. And to appeal to them, campaigns like “The Man Enough” and “Barbershop Girls Of India” were made.

Gillette has always shown the importance of the need to keep evolving continuously, and to stay relevant, it is important to reconsider value.