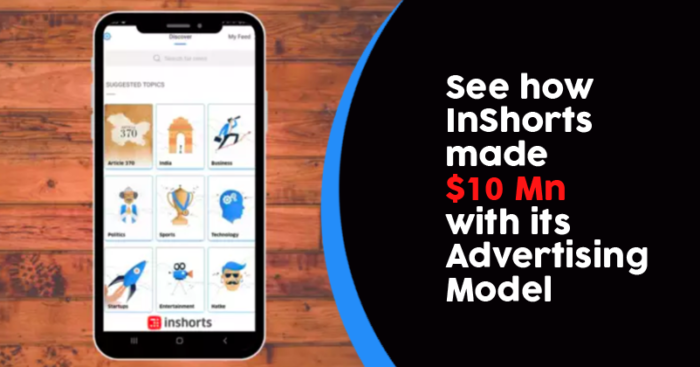 Inshorts is an online news delivering platform that serves the most significant news items of the day in a mere 60 words. Azhar Iqubal, Anunay Arunav of IIT Delhi along with Deepit Purkayastha of IIT Kharagpur came with this unique idea back in 2013. After a successful hit and trial on Facebook, the team soon launched a mobile app called “News in Shorts”. 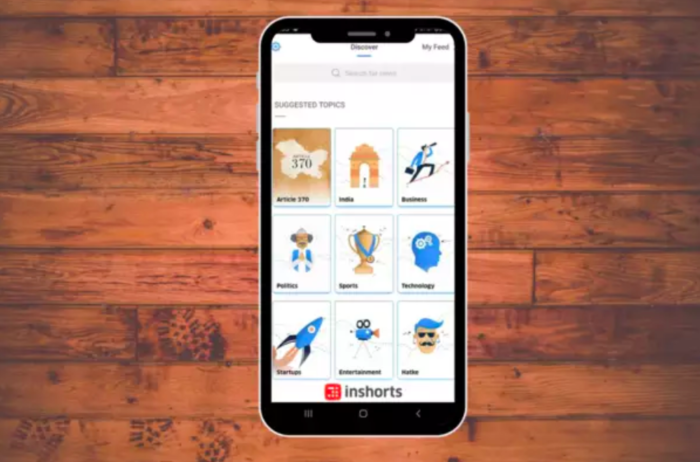 Inshorts now has around 300 advertisers investing on their platform and around 10 new advertisers come on board every month. The first brand to advertise on its platform was Airtel and now its clientele includes global brands like Vodafone, OnePlus, Mercedez, Netflix, Amazon Prime, Myntra.

“We have done multiple campaigns with Netflix for their web series like Narcos, 13 Reasons Why, The Umbrella Academy, and Ghoul. For Amazon Prime, we have done a campaign around Oscar-nominated sci-fi movie – Ready Player One, a Comedy-drama series – Whiskey Cavalier and many more. We have also partnered with brands like Toyota, Levis, etc. in the past,” shared Tarun Arora, CMO, InShorts.

InShorts has achieved a revenue run rate of $10 million per annum in FY19 and is aiming to double it this year. It further aims to increase it’s user base by 3X in three years from its current user base of 10 million people on the back of its unique advertising model.

The brief news provider’s description clearly states that it’s target audience is the smartphone generation who are short on time but want to stay updated.

InShorts description says, “Stay informed in 60 words. We understand you don’t have time to go through long news articles everyday. So we cut the clutter and deliver them, in 60-word shorts. Short news for the mobile generation.”

Hence, the majority of its readers are from metro and Tier I cities. According to statistics, it gets 38% of traction from the age group of 18-24 and 40% from users of age group of 24-35 years.

It was the InShorts advertising model that became a hit in only a few years and helped it become operationally profitable in 2017 while Circa on the other hand which is a short-form content portal failed to monetize its platform despite raising $5.7 million.

InShorts pioneered the concept of short-form branded content on its app, which is the driving wheel for its growth and profitability. Arora stated that a few more content platforms followed their suit later.

The platform currently has non-intrusive ads, broadly divided into 6 categories out of which “60 words branded story” is the most preferred one. Whereas the most engaging formats are “Digital Magazines” and “Fact Cards”.

Digital magazines is a mix of creatives with gifs, videos, and polls while fact cards is a compilation of interesting facts about a brand, industry or an occasion day. Fact Cards are highly engaging content as they get shared on social media very often while with the help of digital magazines Netflix was able to get 3X more engagement as compared to text ads for its series – “The Umbrella Academy” in only 2 weeks of its release.

After building a strong user base in Tier I cities, InShorts is now betting big on Tier II and Tier III cities.

“The app now is pretty popular amongst influencers like enterprise professionals, politicians, and CXOs throughout the spectrum. We are also trying to penetrate into Tier III cities, where we have seen a high potential of users. The future looks even more exciting with this next half of the population joining the digital generation. Our plan is to continuously work on solutions that would best suit the content needs of these new internet users,” said Arora.