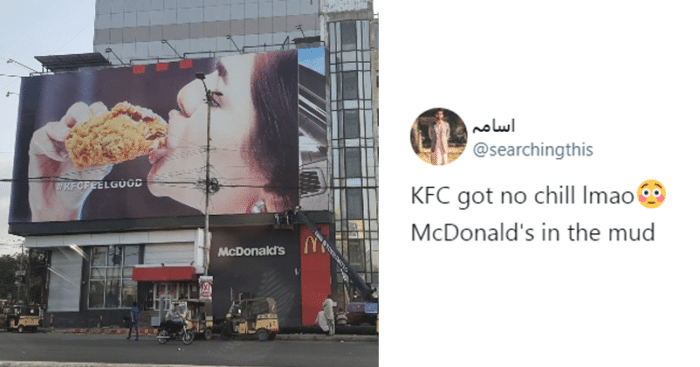 KFC and McDonald’s have been at par with each other for years now. As both brands unveil campaigns or feature advertisements indirectly mocking one another, this time KFC Pakistan’s marketing team made a move that probably won’t be greeted with a good comeback by McDonald’s.

On Tariq Road, Karachi, McDonald’s has a branch that was overshadowed by KFC. The latter’s marketing strategy has the whole town laughing. The showdown between the two can be clearly seen in the below picture. 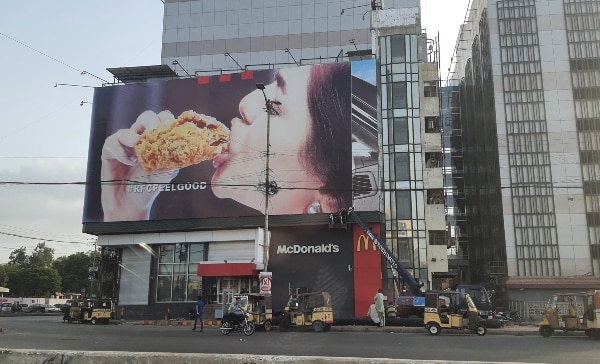 By taking the rented space above that McDonald’s branch, KFC featured a huge billboard almost as big as the McDonald’s outlet, with their customary tagline and fried chicken. You’d probably miss McDonald’s if you had to pass through that space.

Users on Twitter are impressed and amused and had a lot to say about this ‘boss move’. Here’s how they reacted,

Could there be better trolling by KFC by super imposing a huge advert on one of McDonald's most recognizable outlets in Karachi! pic.twitter.com/cngucCLn4y

KFC got no chill lmao😳

McDonald's in the mud pic.twitter.com/gt4nFhPG40

The virality of this post took it through Facebook, Instagram, and Twitter as well. We really need to take inspiration from the team who pulled a good one on their competitor. In fact, a user analyzed the whole scenario mentioning how KFC’s impact would be rather small if the billboard space was less. However, they played smart. 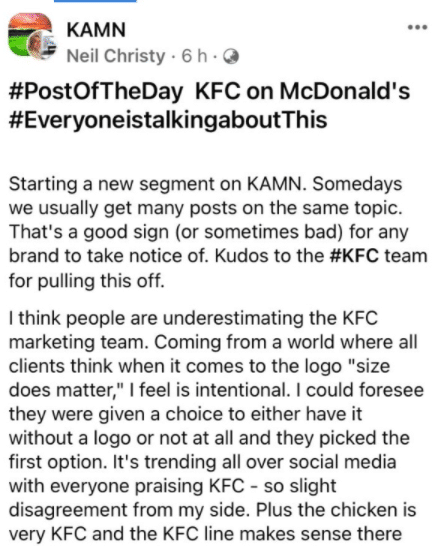 Fight all you may, it’s rare to see this creativity spring out of Pakistan because the investment done by most brands is very low. However, KFC did not leave any stones unturned and this move was one of the few for the country to make a big impact on their consumers. With this come and gone, there’s more from KFC Pakistan that fans are now expecting.

Have you come across any other juicy brand wars recently? Let us know in the comments.