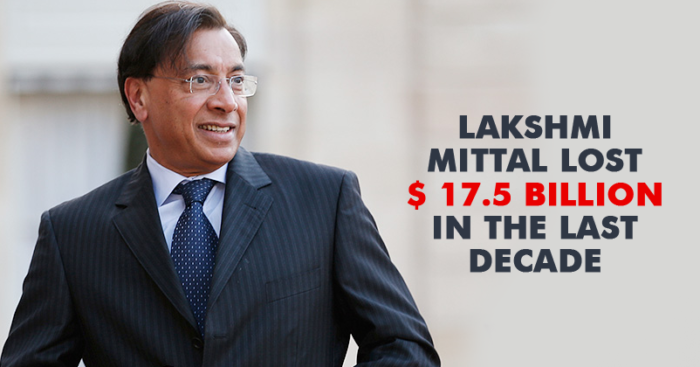 Lakshmi Niwas Mittal is an Indian born steel magnate, based in the United Kingdom. He is the chairman and CEO of ArcelorMittal, the world’s largest steelmaking company. Mittal owns 38% of ArcelorMittal and holds an 11% stake in Queens Park Rangers F.C.

Let’s have a look at Mittal’s journey so far.

In the 1960s Mittal’s family moved to Calcutta (Kolkata), where his father operated a steel mill. Mittal worked at the mill while studying science at St. Xavier’s College. After graduating (1970) he served as a trainee at the mill, and in 1976 he opened his own steel mill in Indonesia.

He spent more than a decade learning how to run it efficiently. In 1989 Mittal purchased the beleaguered state-owned steelworks in Trinidad and Tobago, which had been losing huge sums of money. A year later that facility had doubled its output and had become profitable.

He used a similar formula for success in a series of acquisitions all around the world, purchasing failing (mostly state-run) outfits and sending in special management teams to reorganize the businesses.

Mittal’s company controlled about 40 percent of the American market for the flat-rolled steel used to make cars, which allowed the giant steelmaker to negotiate more favorable prices.

Mittal makes his wealth from his 38% stake in ArcelorMittal, which has operations across 60 countries. He spends most of his time in London where he had bought a mansion for £57.1 million.

He also has a 41% stake in Aperam, a steelmaker headquartered in Luxembourg along with having 49% stake in HPCL-Mittal Energy.

2019: His Net worth Declined by $17.5 Billion.
Forbes put him on the third position in the same year, up 59 positions from 2004. His wealth grew from $25 billion in 2005 to $31.1 billion in 2011.
So what led to the decline in his wealth?
Well, Mittal is known for his ultra lavish lifestyle. He owns three mansions worth $350 million in London, as reported by Bloomberg, citing purchase records from the U.K. Land Registry. He also spent a whopping £34m to host his daughter’s wedding in 2004.
Moreover, he owns a private jet, a chauffeur-driven £2,00,000 Daimler Maybach, and a couple of yachts.
These are just a few examples of his extravagant life.
By the time 2018 ended and 2019 begun, Mittal’s net worth was estimated at $13.6billion bringing him down by $17.5 billion since 2011.
But to our opinion, what is the point in having all the wealth of the world if you cannot spend it as you please. What do you think?