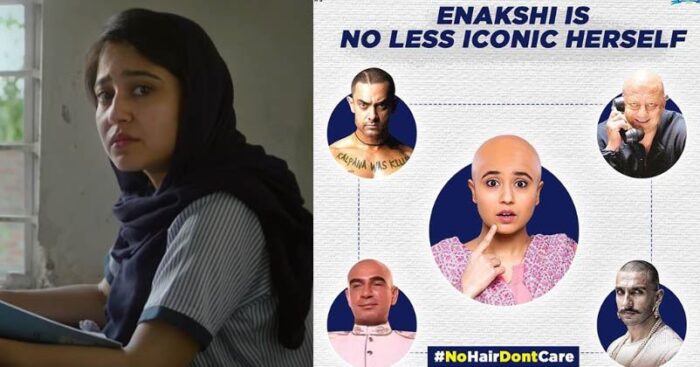 Gone Kesh, starring Shweta Tripathi, Jitendra Kumar, Vipin Sharma, Deepika Amin is directed by Qasim Khallow. The film dealt with the sensitive issue of alopecia. The movie presented by Eros International is a DNG Films production. It’s the first Bollywood film made on the issue.

Marketing plays an important role in making any movie successful and after the growth of Internet, social media has become a powerful medium to market movies. Gone Kesh a low budget film starring Shweta Tripathi, Jitendra Kumar, Vipin Sharma, Deepika Amin has achieved amazing reviews and good numbers on Box office and social media helped the movie in achieving so. Made on the sensitive issue of alopecia, the movie was directed by Qasim Khallow.

Considering the tight budget and absence of big stars, it was not easy for the marketers to get the desired results. From social media, the primary objective was to create a buzz by making audience aware about the movie. What was more challenging was the fact that the campaign had to be launched only three weeks before it’s release. This made the duration for promotions and scope of awareness extremely limited. 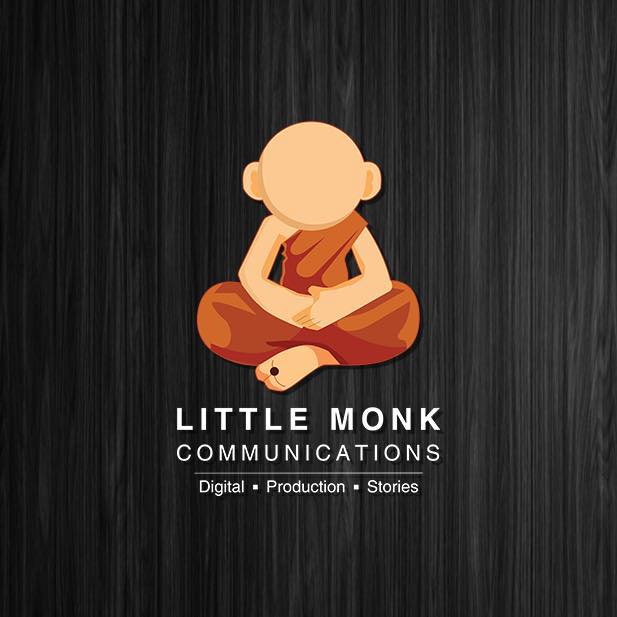 The makers of the movie associated with Little Monk to make the most of social media within three weeks before it’s release. Considering both time and budget the Little Monk team decided to keep it simple yet strategic to maximise the movie’s digital footprint.

The campaign kick started with a simple poster of Shweta’s bald look from the movie followed by the trailer launch. The bald look attracted viewers and made them curious about the movie. The poster instantly went viral with Shweta getting praises from everywhere.

The successful launch of the poster was followed by the trailer launch of the movie. To gather maximum attention, the trailer was launched both on the YouTube channels of Eros Now and Zee Music Company. On Facebook, it was uploaded on Gone Kesh’s official movie page. To maximize the reach, the trailer was crossposted in over 25 prominent media pages with an estimated collective reach of over 50 Million; including the Bollywood on Facebook page which has close to 6.5 Million followers alone.

Keeping in mind the interest of social media users, the trailer was triggered multiple memes based on the movie. A lot of them came out of popular platforms such as RVCJ Media

Because the duration of the campaign was short, the team decided to come up with specialised creative content to promote various regular aspects of the movie such as countdowns, characters etc. This helped get a lot of traction with audiences digitally. Below are some of the creatives:

The target audience for this movie was the multiplex going moviegoers in the age group of 16 – 30. To make them visit theatures and watch this movie, Gone Kesh associated with interesting content creators. A video was made in association with RVCJ Media which gathered over 2 Million views. Similarly, other content creators including Quint, The Screen Patti, Scoopwhoop, Laughing Colors, Bollywood Now among many more helped the movies to gain millions to reach millions of people across all the popular social media platforms.

Every Girl's Response To Matrimonial Ads

An honest response to every matrimonial ad ever, feat. Shweta Tripathi.(Via Quint Neon)

Gone Kesh was not just a family entertainer but also about an important issue. The issue being very close to women, made them a very important part of the target audience. To make them reach the theaters, the team partnered with women centric app Sheroes. 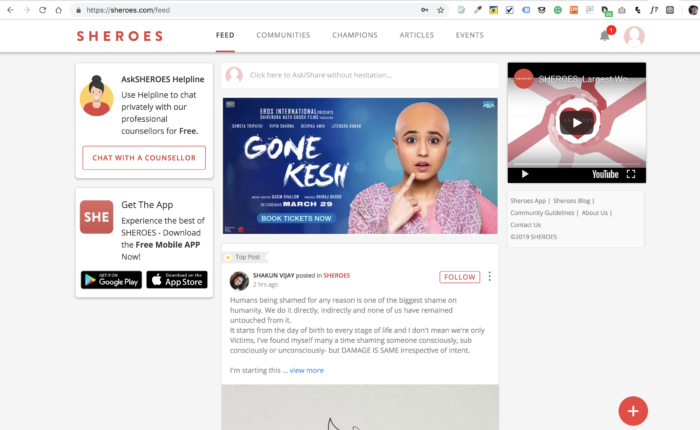 Sheroes has a community of more than 5 Million+ women. To engage with them about the movie, social media posts were made by the Sheroes team to drive conversations. Also, a banner made available of the top of their homepage both on their website and their app. To get the maximum benefit, a push notification was sent out to all its community members with the booking link on the day of the movie release.

In addition to this, there were multiple other collaborations with platforms such as RVCJ, School vs College Life to push content and awareness through memes and funny posts. This gave a huge edge to the movie and make awareness of the movie amongst its target audiences.

Due to all the above activities, a movie which was almost unknown two weeks back became one of the most talked about releases in recent times with amazing reviews. Gone Kesh received appreciation from all quarters; critics and box office alike.

Apart from the trailer, all the video associations combined contributed to over 20 Million+ views. This is huge for a small budget film given the short duration of the campaign. This helped tremendously in driving audiences to theaters. The entire campaign delivered three types of audiences to theatres – youth, families and primarily women.

Gone Kesh was a very challenging film for us. Precisely for two reason – time and budget. However we wanted to make it a model film to showcase that irrespective of budget constraints every move can be marketed digitally with right strategies and correct intentions. I am extremely happy that we have been able to deliver the same for a beautiful movie like Gone Kesh.