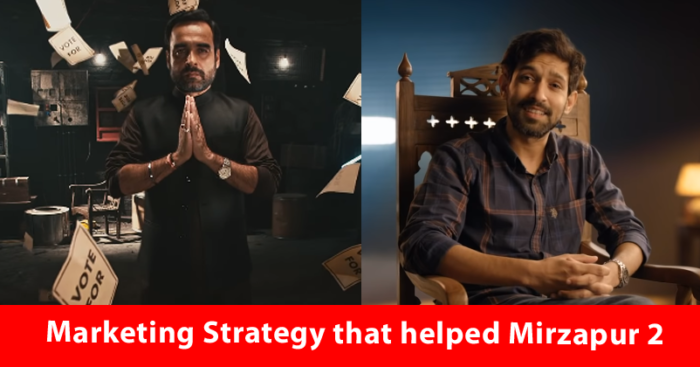 Fans of Mirzapur know how important it was to watch Season 2 as soon as it came out. So when the franchise decided to release all its episodes of the new season 4 hours before the decided launch date and time, it helped it grow its followers – for the old as well as new viewers. So how has Mirzapur 2 managed to keep the hype alive even after 2 years of releasing its first season? The story is definitely engaging with all characters having had a chance to grow with their own stories. How has the team helped in creating a great brand persona this time?

Availability for all Amazon Prime Users

Around a month back, Amazon Prime kept Mirzapur Season 1 available to watch for all its users, whether they had a Prime subscription or not. The free availability ranged from 25th September to 30th September 2020. This helped in fans realizing that Mirzapur 2 isn’t too far away!

The Release of the Season 2 Trailer

The Mirzapur team announced the trailer of season 2 in a fun way by creating an invitation of sorts on all their social media channels. This was written in the language used by the characters in the series to help fans resonate.

This one of a kind invitation has a letter written by our one and only Kaleen Bhaiya, aka Akhandand Tripathi. On 6th October, the official trailer was then launched and it definitely lived up to its expectation.

The team made a brilliant marketing technique by introducing short clips of all the characters we love, men and women of the show with their characteristics, purpose in the show, and what we can expect from them in the new season. Since Mirzapur season 1 left at a climax, fans are very excited to see what happens next. This wordplay brought out the strong motives of all characters that they will surely take up in Season 2.

If you log onto YouTube, you can find a section of the Recap series where each character tells you about the path they chose in the last season and what they want to next. It helps you gain proper insight into the character’s mentality, motive, and what you can expect them doing in season 2. We’ve lost two good ones, and don’t want to see the same fate with the rest. Ultimately, Mirzapur ki gaddi pe kaun bethega?

Certain brands helped Mirzapur get the required traction by indulging existing and new fans for major giveaways that would benefit the brand as well as the new season. Of course, everyone wants to get a taste of the popularity this series is getting! Vivo and Double Cement were a few who did the campaigning through giveaways and unboxing through our favorite characters of Mirzapur.

While we know most of you have watched the new season, we still want to keep it a secret for those who haven’t. Season 2 is definitely worth the hype and by the end of it, you will be left feeling a range of emotions. Enjoy!