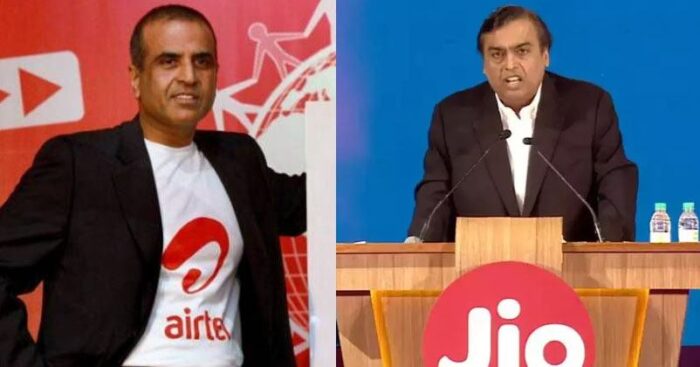 Sunil Mittal, founder, and chairman of Bharti Enterprises is the 14th richest person in India with a net worth of $7.6 billion.

Mittal has a 21% stake in Bharti Airtel which is one of the world’s largest telecom companies. It has over 327.9 million subscribers in India alone. It also has operations in Africa, Sri Lanka and Bangladesh. So how did Airtel happen?

In 1991, the Indian government decided to bring private players in the market. Mittal took this as an opportunity and thus came Airtel. Within a short time, Airtel emerged as a popular national service provider. It was also able to generate over 200 million customers.

But, in 2007, Mittal & Airtel‘s market stand was severely bruised when Mukesh Ambani led-Reliance Industries into the telecom market with Jio.

Jio added 6 million subscribers within the first few months, pretty impressive. Its users accounted for the consumption of 240 crores GB of data usage out of the 35 crores GB of total consumption. Jio overtook Airtel to be India’s second-largest telecom provider.

However, Airtel still continues to hold a massive user base of 328 million at the moment.

Recently, there has been a new development in the telecom sector yet again. Jio has been upgrading its packs and started charging for calls to other network carriers from Jio carriers.

It shall be determined only with time if Airtel is able to survive this new wave of change or not.