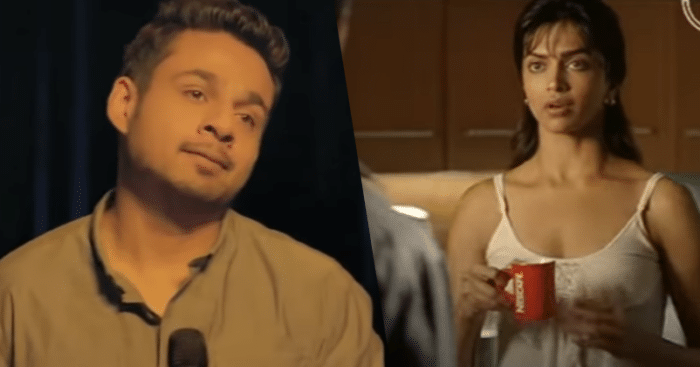 If there’s any brand that comes to mind instantaneously on mentioning coffee is -Nescafe. The brand, though originally from Switzerland, found inroads to India in 1963, and since then has revolutionized the coffee culture in the country. Though India is famous as a tea drinking nation, Nescafe managed to establish itself as a worthy brand utilizing the Pull strategy of marketing.

What is this Pull Strategy?

In simple words, it is any attempt in marketing that a brand undertakes in order to increase demand for its products, and pull customers towards it. These attempts make a consumer want that specific product, rather than just being offered to them as an option.

With so many methods available these days like social media, advertising and media coverage, a pull marketing strategy for Nescafe heavily relied on advertising since decades. Let’s see a few advertisements that set the tone for the brands marketing.

1. Taste That gets You Started

With the use of peppy music and regular people in everyday situations, Nescafe aimed to be the drink for the young and old. And positioning itself as a drink that gets one set for the day, the brand set a positive connection between coffee and starting the day on a positive and energetic note- “Taste that gets you started”

Switch on the best in you

In 2010, the brand saw a drop and hence to reclaim its share in the market, a campaign with Deepika Padukone and Purab Kohli was launched, titled- “Switch on the best in you”. Research at that time proved that human interactions were decreasing due to an increase in use of technology and a fast-paced lifestyle. And so, concentrating its marketing efforts in showing time spent with neighbors to be meaningful and relevant, the brand came up with this thread of ads.

It All Starts with Nescafe

Then came the need for Nescafe to stay relevant and contemporary. And so, another campaign under the title- “It all starts with Nescafe” was bought out. Slowly losing steam to other competitive coffee brands, Nescafe made an effort to be globally accepted, and to give its brand an identity, it started a ‘Redvolution’, with a red mug being the focal point of brand design. This red mug would now feature in every Nescafe communication.

The campaign also saw ads featuring an Indian comedian overcome his stammering issue and converting it into his strength, with Nescafe by his side. By this time in 2016, social media had gained prominence, and the ad generated 50,000 Facebook shares and 2500 consumer-generated stories. The ad was among the top 10 YouTube ads in India in 2014.

The next year, an ad featuring the talented Vikrant Massey too was released on the same adage- “It All Starts with Nescafe”. The brand was positioned as the one that helped the youth be resilient in face of difficulties

Next, it collaborated with MTV for Nescafe Labs, a platform for finding and making use of creative talent.
Along with this a phenomenal ad featuring a stubborn RJ trying to make his early morning show work on radio, was released. The ad garnered much love, after which the coffee brand collaborated with Red FM through the program ‘Nescafe Mornings’, to drive home the idea of the morning cup of resolve.

2017 saw Nescafe being repositioned with a new slogan ‘Badal Life ki Raftaar’, which was targeted at the youth, who want to achieve a lot in life but are always pressed for time.

It all restarts with Nescafe

Then came the pandemic, where a lot of things in life needed a reset. Nescafe also urged its audiences to start afresh after the lockdowns ended, and the economy was slowly but steadily reviving. And so, in an attempt to stay relevant it created a new image for themselves- ‘It All Re-Starts with Nescafe’

All of the ads above conveyed the changing brand message beautifully. But one ad in specific, that of Nescafe Gold, struck everyone’s hearts and delivered a poignant message under the tagline- ‘For The Moments That matter’

Nescafe introduced a variety of complementary products like vending machines for offices, stalls, and E Nescafe – a smart coffee maker to prepare instant hot coffee, from the comfort of your phone. 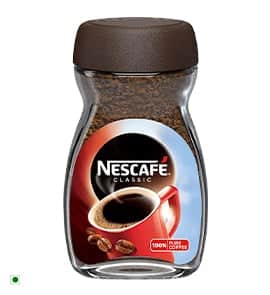 The pricing of each of its offering have been decided keeping in mind the needs of a value-seeking crowd. Right from sachets priced at Rs 2/- to Nescafe Gold being priced at a premium price, every offering is well thought of w.r.t its pricing.

Another strength of the brand is its well penetrated distribution network. With other products like KitKat and Maggi in its product portfolio, Nescafe too is made available at a variety of places ranging from supermarkets to railway station platforms to restaurants.

All of this ensures that Nescafe is never out-of-sight for customers. This indicates the exemplary use of Pull Strategy, which is helping Nescafe grow with time and remain relevant.