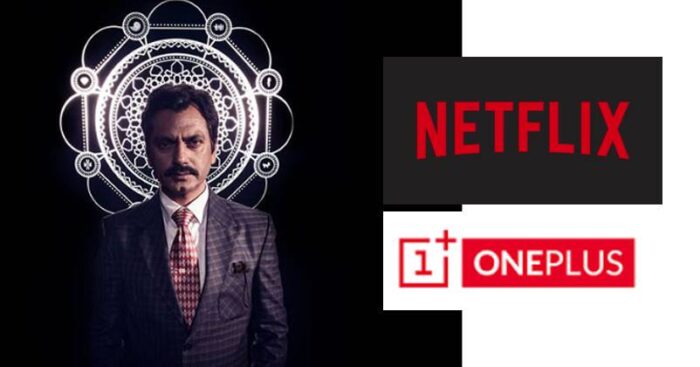 Netflix and OnePlus have come together to unveil the first look of the much awaited series Sacred Games 2.

Netflix has partnered with OnePlus to release the first look of the Netflix original Sacred Games season 2. The association will allow users to watch the second season of the series on the soon-to-be launched OnePlus 7 Pro, which comes with HDR10+ supported display.

The true masters of the game. Presenting the official posters of Sacred Games Season 2. #ShotonOnePlus7Pro

“Through devices like the OnePlus 7 Pro, consumers increasingly are able to enjoy an amazing viewing experience on Netflix. We are thrilled to celebrate the fandom of Sacred Games with posters and a behind-the-scenes video shot on the OnePlus 7 Pro,” said Jerome Bigio, director-partner marketing, Asia Pacific (APAC), Netflix.

The Netflix-OnePlus association is also the first of its kind for the video streaming platform. While the trailer of Scared Games season 2 was launched on the 5th May, fans are eagerly waiting for the release for which the date is yet to be announced.

“OnePlus continues to look for innovative ways to engage and bring unique experiences to our community. We are excited to partner with Netflix and Sacred Games Season 2 to creatively showcase the impressive capabilities of OnePlus 7 Pro. We can’t wait to unveil more about the product and the partnership at the launch event,” said Vikas Agarwal, general manager, OnePlus India.

Also to mention, Sacred Games was not only appreciated in India but also applauded internationally.