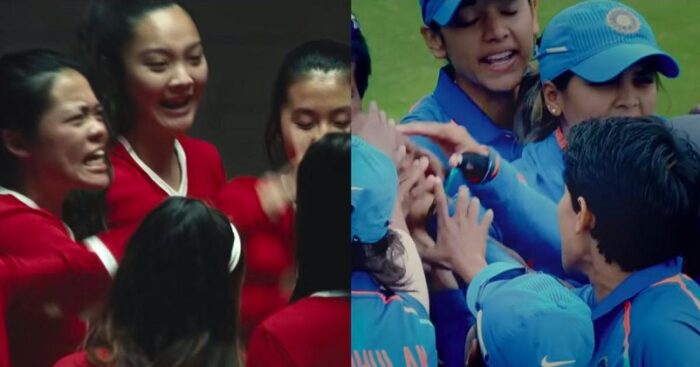 Adverts encompass a vast part of the Internet and the most effective way for products or services that draws the attention of the netizens. Brands possess their unique ways of advertising that create its Identity.  Having an intense interest in this domain and being a marketing freak, I have always been peeking at the campaigns of brands and what they are up to. Innovative, fascinating and good Ads are unquestionably a key to a successful business.

The other day, scrolling through my social media timelines, I could not help but raise my eyebrows at an advertisement that went viral even in the present plight of pandemic that has given out a dramatic feedback/reaction. Without delay, I finished watching the ads displayed to me and the rest is history.  I attentively watched an ad film by Adidas, i.e.“Ready for Sport”.  I was awestruck at their Marketing knowhow.  The motivational spirit hovered to the core. The film includes 2500 Athletes.

In a nutshell, it buzzed all over the Net and gained immense forthright views and constructive comments.  The script does not fail to fascinate the keen observer. The Video has been narrated in a sonorous voice-over by NYC rapper Princess Nokia. Its unambiguous message is:

“While the world waits… let’s remember, now is the time to keep moving, to pull together, to share skills, positivity and hope.

We Will Run Again”.

Unlike the other “COVID-19” campaigns, ‘Ready for sport’ intends to inspire. It has struck a responsive chord with all and sundry. It fetched 20 Million views within 24 hours and by far, made the Advert one of the best ones during 2020.  Its rallying call boosts the confidence of the sports’ enthusiasts by its inspiring message to be prepared when the world comes to normalcy.  But the other side of the coin is that Nike with its Campaign has been a trending talk too.

Nike, a stupendous competitor in the Sports Brands, has given a neck-and-neck competition to Adidas by launching ‘You can’t stop us’ on 30th July 2020. This has progressed an extra mile in comparison with the Adidas ‘Ready for Sport’.  videography has evolved visually stunning graphics, merging multiple video- clips are worth watching.

Racism is still an ongoing issue of the world. After all, Nike has gained the upper hand. It highlights the unifying strength of both the professional and amateur athletes across the globe irrespective of colour or caste.

At the latest, the post has been viewed more than 42 million times on Youtube and nearly 40 million times on Twitter.  It has been getting great reviews for its mesmerizing split-screen editing; no wonder it is only a 5-day creation featuring the top Sport celebs.

The Competitiveness of the giants did not end with this.  Adidas has come up with a sequel ‘What’s One More’ after the immense success of Nike’s Campaign. The former speaks volumes about its idea. The message goes:

ONE MORE” IS SOMETHING YOU HEAR OFTEN IN TRAINING. AND WHILE IT SOUNDS LIKE NEXT TO NOTHING, “ONE MORE” IS OFTEN THE BIGGEST CHALLENGE. WHETHER IT IS ONE MORE PUSH UP, ONE MORE LAP, ONE MORE BURPEE, OR ONE MORE YEAR”.

I was surprised at the sequence of competitions among these brands.  During this tough time, where brands are scuffling to find a position for themselves in the market, Nike and Adidas have left no stone unturned in going viral with their Secret Mantra. The Secret behind the success to remain sustained in the market at the global is idolizing the current issues and Customers’ emotions. They not only maintain the sales trends but also continue their Uphill task. May it be highlighting the hashtag “BlackLivesMatter”, motivating sports’ enthusiasts or emphasizing the mental wellbeing of the artists, the brands left no chance in playing their right cards.

Come what may, Adidas and Nike always lead the show of the Advertising and Marketing industries. They firmly stand as a model to prove the fact that it all depends on the sales pitch of their brands in any situation.  They also focus on being in touch with the emotions of the customers that makes their brand the first choice.