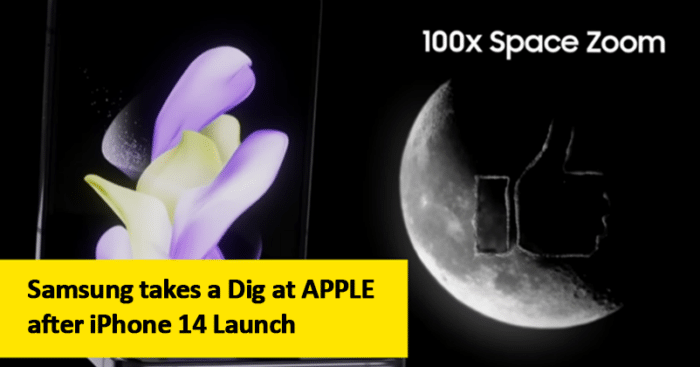 The brand whose launches we all wait for; Apple will be announcing its latest model- the iPhone 14 today. While people can’t wait to let in every bit of the tiniest information about the product, rival smartphone brand Samsung is already teasing prospective iPhone 14 buyers with their new ad.

The ad is called ‘Buckle Up’ and is based on the premise of showing future buyers what they are going to miss, by not opting to buy a Samsung smartphone.

The ad in question flaunts two phones from the Samsung camp- Samsung Galaxy Z Flip4 and Galaxy S22 Ultra. Both these models are priced at around $1000, similar to iPhone 14.

Also, the ad places special emphasis on Galaxy S22 Ultra’s 108MP main camera along with the SuperZoom feature. This model is touted to have the highest resolution camera in any smartphone and the Korean giant claimed that “it is not coming to any iPhone near you” 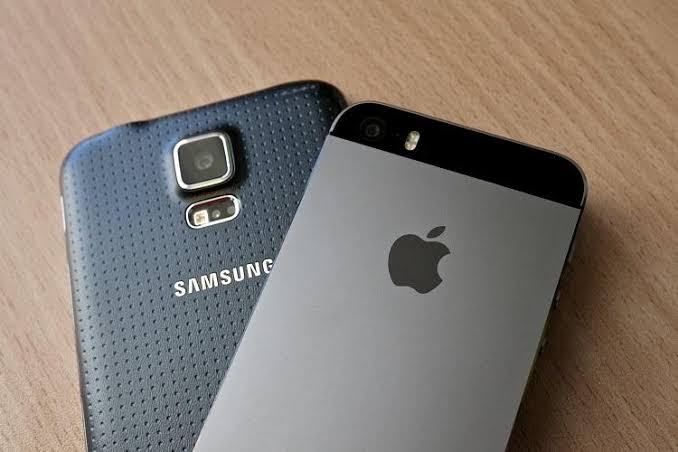 It also highlights the Z Flip4’s distinct appearance, thereby making it certain that there is enough competition for the new iPhone.

Not only this, even on social media Samsung has been taking a dig on the competitor.

Let us know it when it folds. 💁‍♀️

Samsung has always proved to be competitive with newer models being launched regularly, backed with tremendous hardware and apps. It is also speculated that though the Galaxy s22 Ultra may not be as uber-looking as its counterparts, it still continues to remain hit-selling even after months of being launched.