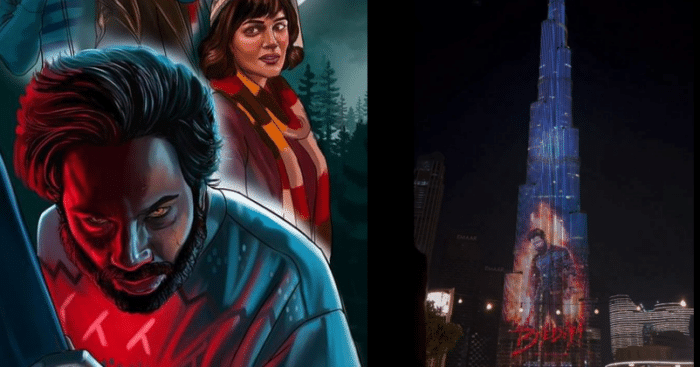 India has seen many creature comedy -horror movies. And the newest addition to this list is Varun Dhawan and Kriti Sanon starrer ‘Bhediya’. The story revolves around Bhaskar, played effortlessly by Varun Dhawan, who on an insipid night gets bitten by a wolf, after which he acquired the ability to turn into a werewolf on every full moon night.

To get ‘Bhediya’ to the masses, the makers used traditional and digital platforms. Let’s check the strategy implemented by them.

Producer Dinesh Vijan announced the release of the movie specifying that this was his third release in the horror-comedy genre. The movie was shot in Arunachal Pradesh with rapper K4Kheko featuring in its soundtrack. This made the regional audiences take notice of the movie, thereby increasing the audience base.

Prior to the trailer release, there was enough excitement caused by anticipation posts on the same. On October 19th, makers released the trailer in Telugu, Tamil, and Hindi. This was again done to reach a wider viewer base.

In order to invite conversations and dialogue around the movie, the makers encouraged the audience to share pictures of art made on the movie’s stills. Calling it #FridayFanLove, this had many sharing wonderful pieces of art on social media.

The makers used influencers to create buzz around the movie. Varun Dhawan paired up with Avneet Kaur to make a dance reel on the song ‘Apna Bana Le’, while with Dolly Singh the actor was seen discussing the advantages and disadvantages of dating a ‘Bhediya’

The movie has a wonderful background music score, with some groovy numbers and soulful melodies. The makers used these to ensure audience engagement.

The ‘Thumkeshwari Challenge’ had many making reels on its hook step, and ‘Baaki Sab Theek’ was released as a funny and light road trip song.

Along with a Hindi release, the soundtracks were released in Tamil, and Telugu as well, in a bid to attract audiences from other regions as well.

6. Promotions- Pan India and on the small screen

The film was promoted throughout the country, with the lead actors covering promotional events in various cities- Kolkata, Jaipur, Ahmedabad, and New Delhi.

The movie’s poster was also highlighted on Burj Khalifa in Dubai, captioning it #BhediyaHowlsInDubai.

The movie was also promoted on the small screen with the lead actors attending reality shows and interviews, interacting with digital platforms like Curly Tales and IMDb.

The movie released on 25th November, and keeping festive spirit in mind considering Christmas is on its way, the lead couple unveiled top 10 toys for Christmas at Hamleys.

All of the above activities ensured the right amount of buzz for the movie.