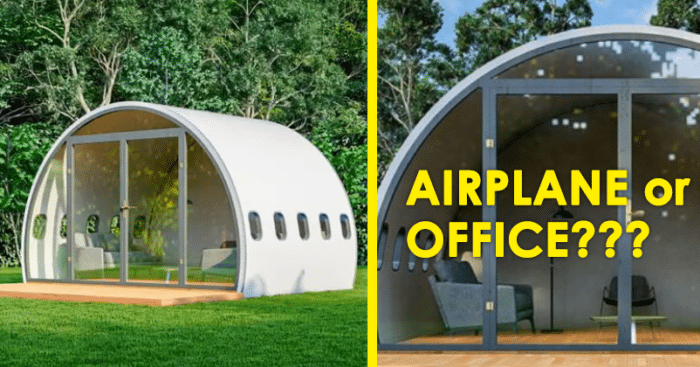 Ever wondered what could be done with a discarded aeroplane? Think no further, as a startup in Ireland has found a novel way of using aeroplanes as raw material, which otherwise could have gone into trash and added to the world waste.

The startup, called Aeropod, is using these repudiate structures, to build home offices! What started as a personal project for Kevin Regan last year, went on to become a hit, when his sister-in-law put pictures of an aeroplane converted into a gleaming and sturdy home office, on social media. Receiving requests and orders for the same, Regan and his partner Shane Thornton, who are both builders by profession, set up a firm that now recycles commercial aeroplanes into polished
and well-built home offices, ready-made accommodation and even glamping pods. 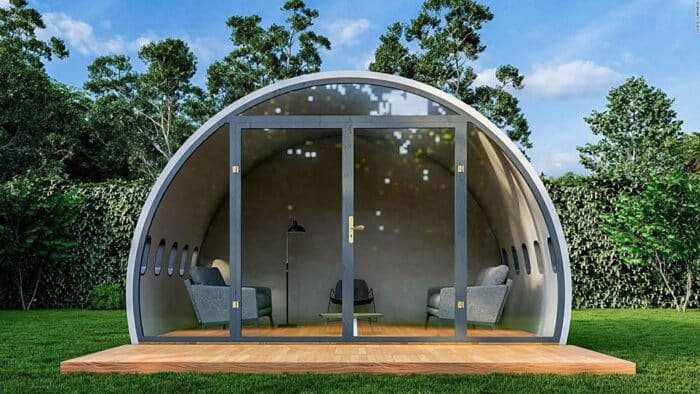 The answer to this is the material with which they are made. Strong, densely sequestered and made of aluminium alloys, they provide the perfect setting for a protected and safe place to work or spend time. And with as many as 15,000 aircrafts due for retirement in the next two decades, there is a steady supply of raw material.

They were end-of-life, and they were flown in, and then every part was broken up and sold all over the world,” says Regan.
Their first project was made out of a low-cost Indian air carrier IndiGo airline Airbus A320 that was sourced via Cardiff Airport in Wales, which took four months of calibration to get ready.

Initially, they weren’t too keen on selling. But on seeing the immense response, they started building these customised pods. One can avail spaces in various sizes, like a 10-window with a kitchen and bedroom, or even a three-window office space on-the-go. With a negligible amount spend so far on advertising, say around $110, they have already sold 11 pods and the work is in progress for a lot many orders. 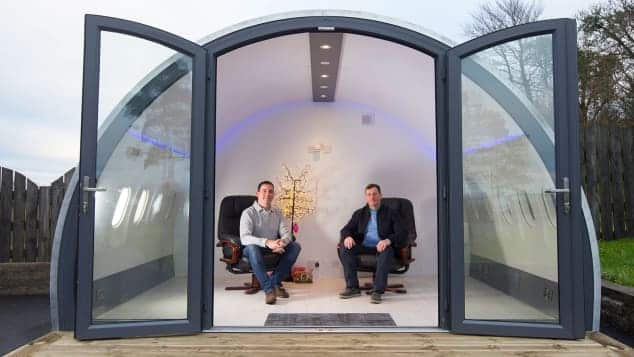 A few modifications are made like putting up USB sockets, removing overhead storage cabins etc. However, the essence remains same, with everything else including the floor which is the original airplane. Internal walls and floors are fully insulated. The glass doors, specially designed to fit an A320 are double-glazed and insulated for year-round use. These pods have a built-in lifting system, making it easier to move.

Also Read: How This startup Went From An App To Disrupting $285 Billion Management Consulting Industry

A pod’s price starts around $27,000 and can go till $50,000, depending on customization. They are open to commissions and are also planning on expanding operations in different countries.