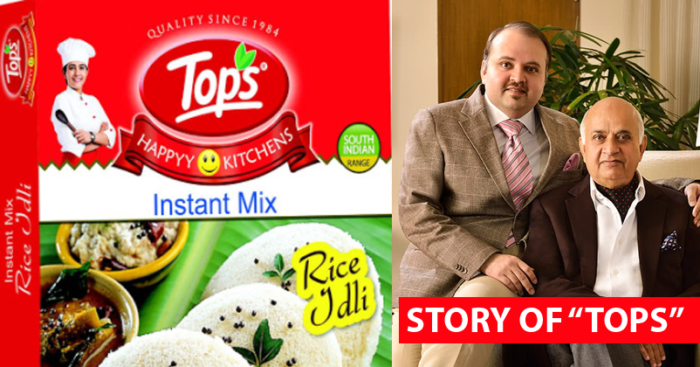 Founded in the year 1984, G.D. FoodsMfg. (India) Pvt. Ltd. is one of the leading FMCG companies in the processed Food Products Segment in India. But the story of how the brand became a prominent name in the market is worth a read.

The 80s was the time when food processing brands saw a boom. When Tops was launched, the same year Nestle and Maggie were launched in India too. For a local company, it was a challenge to compete with international brands but Tops overcame all the obstacles.

GD Foods was founded by B.M. Seth, who wanted to honor his father’s memory, wanted to start a business that contributes to the upliftment of the countrymen. The company has stayed true to its vision and has been providing livelihood to many women. In Rajasthan alone, it employs 400 women.

B.M. Seth entered the family business in 1996 just after finishing his class 10 exams as his father was the only one working for the newly set up entity. He continued his studies through an open learning system and completed his graduation from Symbiosis University.

The company’s big jump came in 2003 when it launched different sauces. Australia is the top-performing market for the company, which is all set to spread wings to Dubai and the UAE utilizing the capacity of its existing plants.

The brand today caters to more than 1.5 lakh retail touchpoints. In fact, 90 percent of the revenues come from India while the rest from exports and e-commerce sales. It has a widespread menu: from breakfast to every meal for kids and adults, Tops caters to every palate. Currently, it is exporting to 44 countries across six continents.

The company has been selling internationally at chains such as Walmart. Talking about the business, Nitin Seth, Vice-chairman of GD Foods, said, “We are all set to take the vision of being among the top three food and beverage companies in India. The aim is to take the company from Rs 300 crore to Rs 1,000 crore turnover.” Going forward, the brand is all set to make larger announcements for new products.

The company has always made sure that it was managed by professionals that worked for the growth and development of the brand.