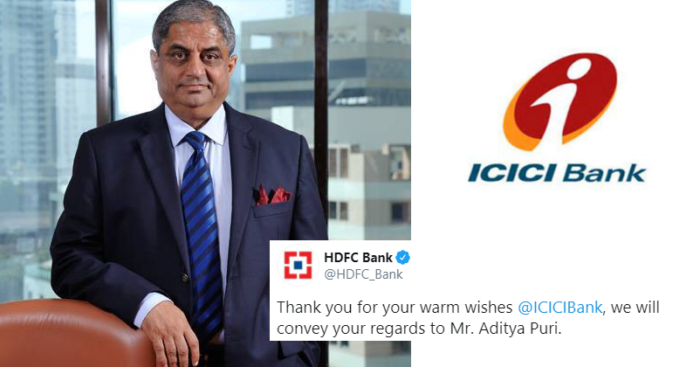 On Monday, the Managing Director and Chief Executive Officer of HDFC Bank, Aditya Puri, has retired. Soon after the news came forward, ICICI Bank took to Twitter to thank the rival lender, HDFC Bank‘s chief executive for being an inspiration and for his contribution to the Indian banking industry on the day of his retirement.

ICICI tweeted, “#ICICIBank thanks you, Mr. Aditya Puri, for your contribution to the Indian banking industry. Throughout your illustrious career spanning decades, you have been an inspiration to many. We wish you the very best for your future endeavors.”

#ICICIBank thanks you, Mr. Aditya Puri, for your contribution to the Indian banking industry. Throughout your illustrious career spanning decades, you have been an inspiration to many. We wish you the very best for your future endeavours. @HDFC_Bank https://t.co/8ZjYzicKBO

In a recent interview, Aditya Puri was asked a question on the rivalry with ICICI Bank and how HDFC Bank came to dominate the retail space.

To which Puri replied that ICICI Bank’s long-time chief K V Kamath was also a visionary and had more guts, but being “cautiously adventurous” helped HDFC Bank.

Aditya Puri led HDFC Bank since its inception over 25 years ago and has made his bank the largest amongst all private-sector lenders and has even displaced ICICI Bank a few years ago. Puri is retiring as, without a doubt, the most successful CEO in the Indian banking sector. 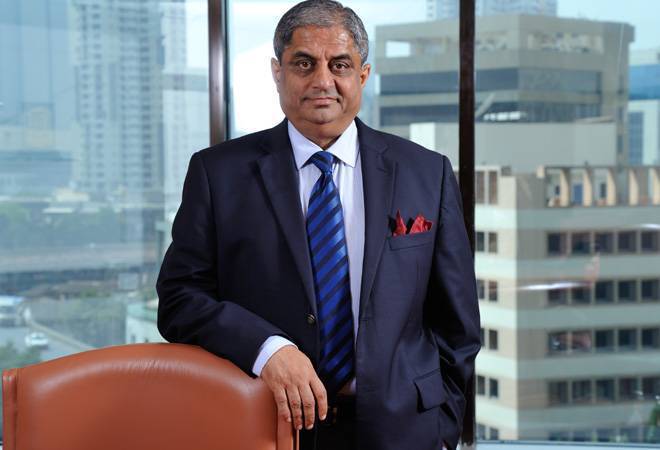 As reported by Business Today, Puri was the longest-serving head of any private bank in the country. He was also reported to be the most highly paid CEO of any Indian bank with a monthly salary of Rs 89 lakh.

HDFC honored its retiring MD and CEO by putting up a massive flyer of the 70-year-old banker at its headquarters in Worli, Mumbai. The massive flyer read: “Thank you, Mr. Aditya Puri, for 25 glorious years.”

HDFC also replied humbly to the tweet shared by ICICI thanking them for their warm wishes.

Thank you for your warm wishes @ICICIBank, we will convey your regards to Mr. Aditya Puri. It's so nice to see our camaraderie, which could be summed up by these famous words by Henry Ford – "If everyone is moving forward together, then success takes care of itself." Cheers!

As for his recent achievements, Aditya Puri was conferred the Lifetime Achievement Award by Euromoney Awards of Excellence 2020.

HDFC has named Sashidhar Jagdishan for the role of CEO who will assume his role from October 27. His prior role in the bank was of Additional Director and Head of Finance and HR.