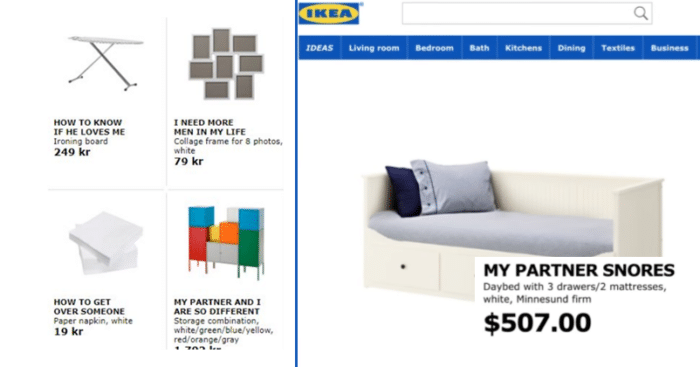 IKEA has always made a point to deliver some of the most iconic advertising campaigns. The campaigns are always targeted towards what their customers can relate to. In 2016, the brand had come up with yet another unique way to reach its target audience.

the company launched its Retail Therapy website which was part of its “Where Life Happens” campaign. To come up with the website, IKEA took into account the country’s most commonly googled relationship problems.

It then selected certain products and renamed them with the search queries that popped up the most. While launching the campaign, the company said that IKEA’s products have always been inspired by how people live in the real world.

They further said that there’s a variety of everyday dilemmas that can be solved, or improved, by IKEA’s products.

So whenever a Swede would search for a piece of advice about “How to know if he loves me” or “how to say I’m not interested,” they’ll see an ad with the same title. The ad redirected the users to a product that would have helped them improve their relationship at home.

On the website, that simple wood stool was no longer referred to as “Frosta” but was now called “My husband falls asleep on the couch.”

Or a storage combination cabinet was cheekily named “My Partner and I are so different.” 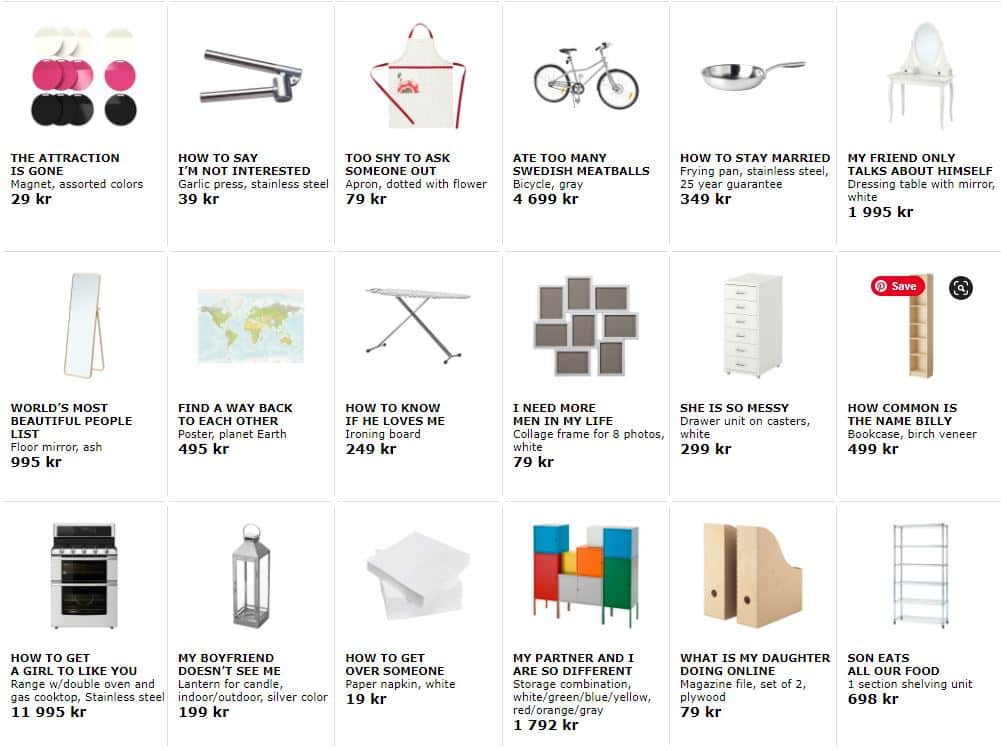 The names of the products were so creative and relateable that the campaign was a success in the country almost instantly. In fact, the global media picked up the trend around the website and gave it global coverage as well.

Six years down the line, the campaign is still one of the most creative ones by the brand and still is very much relatable to the customers.