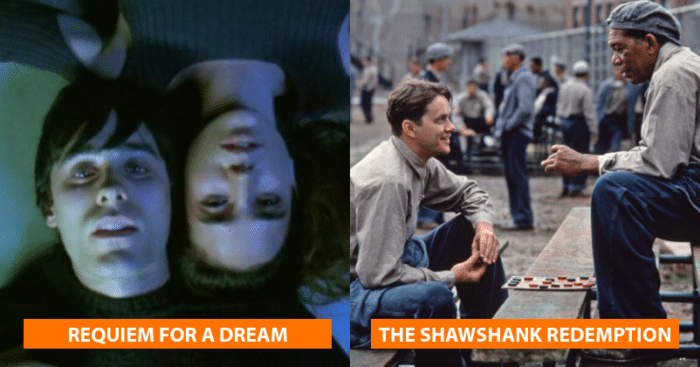 With another year going down the pathway of yet another coronavirus pandemic, it is calming to see a number of new OTT releases almost every day. While most of us are thriving on Netflix, Amazon Prime, Disney+Hostar, and Voot for our favorite movies, here’s a list of IMDb’s top-rated drama movies that you would love watching alone, or with friends and family.

With an IMDb rating of 9.3, Shawshank Redemption is deemed as a legendary movie with a golden script. It is the most-watched and repeatedly loved movie of all time. It is based on Stephen King’s novella “Rita Hayworth and Shawshank Redemption”. If you love Morgan Freeman, you will know how he became such a sensation after the success of this film.

The Schindler’s List won 7 Oscars and is known as Steven Spielberg’s finest works. It shows how  1100 Jews were saved during World War II from Auschwitz.

Gump, a man with a low IQ becomes a phenomenon character who is loved for his kindness throughout the movie. Played by Tom Hanks, this movie is rated 8.8 on IMDb and has also been replicated by Bollywood in Aamir Khan’s starrer ‘Laal Singh Chadha’.

The Fight Club takes you through an illusionary journey that is finally broken by the reality of things, or is it? This thriller drama will have you confused in every frame, and that’s what makes it special. Rated 8.8 on IMDb, you can watch this on Amazon Prime.

Requiem For A Dream

If you like psychological dramas, behold the Requiem For A Dream! This movie from 2000 starring Ellen Burstyn and Jared Leto show what narcotics do to your body and mind, often making you live in the hallucination of life. It is rated 8.3 on IMDb.