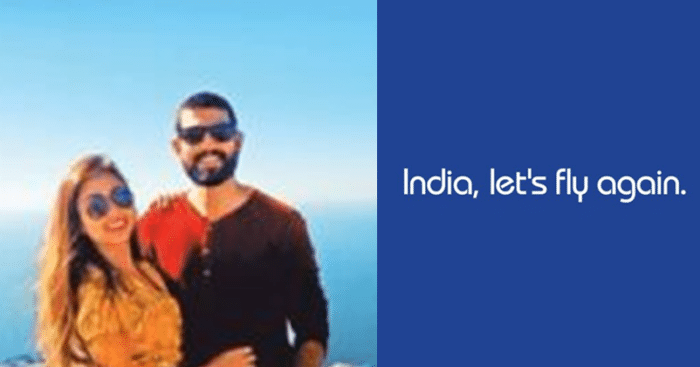 Looking back at the global pandemic last year, around this time, most of us were retreating home unaware of what tomorrow holds for us. By staying indoors for months and working remotely, the world has changed drastically. And so has its traveling habits. Now, when most routes have been reopened, airlines have been trying to convince customers to take the leap again. The scare is still there, but measures are being taken to prevent any adversaries. 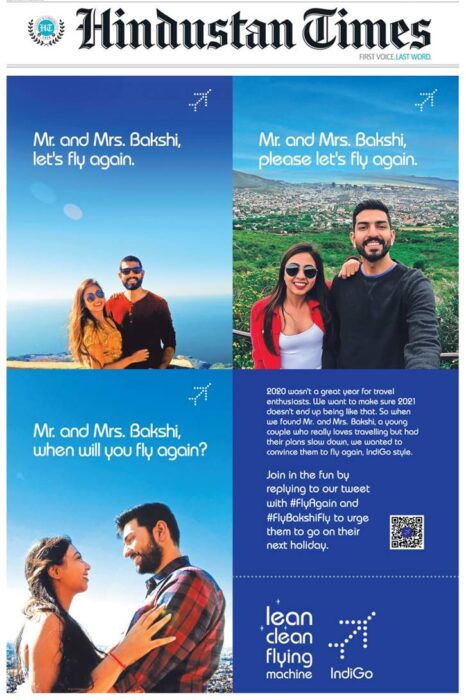 So how do you convince an entire nation and the world to fly again? Indigo Airlines did just that, one customer, at a time. In just a matter of one night, the airlines found a couple – Mr. and Mrs. Bakshi – and used their picture in their billboard to advertising their airline operations. As a couple who loves traveling, they hail from Mumbai and were unsure of going back on their tracks again. Hence, the airlines decided to go that extra mile by using billboards, hoardings, social media, and personal suggestions. Ever got this kind of special treatment by any airline?

Through simple yet convincing taglines, Indigo used a real-life couple to ask them when they would fly again. They also elaborated on their safety measures during these trying times and how the airlines were leaving no stone unturned in making travel safe and adventurous for all passengers. 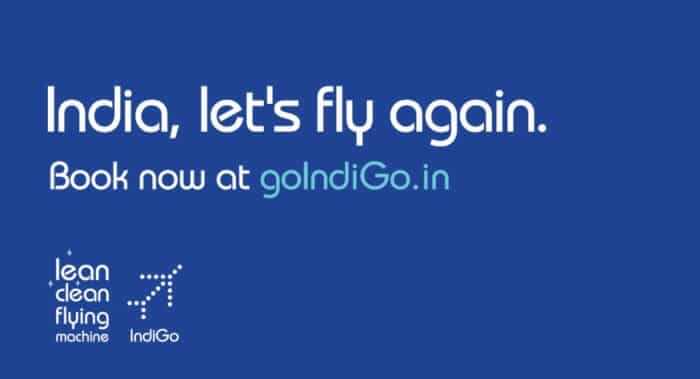 In fact, the airline company convinced the entire country to talk about Mr. and Mrs. Bakshi and convince them to travel again. Watch this video by Mirchi Mahvash.

Wondering what their reply was? Obviously, they got convinced! And who wouldn’t?

Indigo utilized these following segments to build trust in their customers and rekindle their passion for traveling,

Have you sorted out your traveling plans yet?