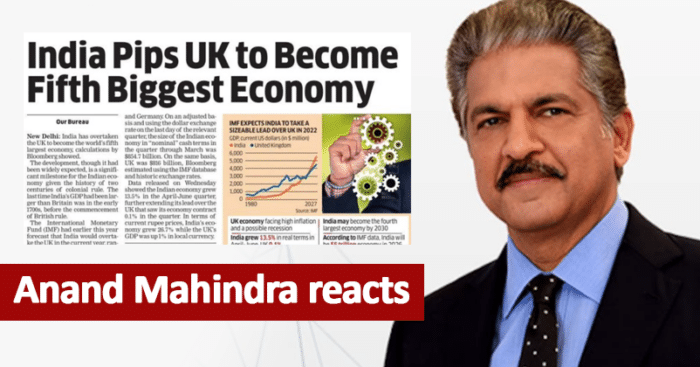 2nd September 2022 proved to be a historic day for India. Our economy transcended the United Kingdom, its former ruler to become the fifth largest economy in the world. 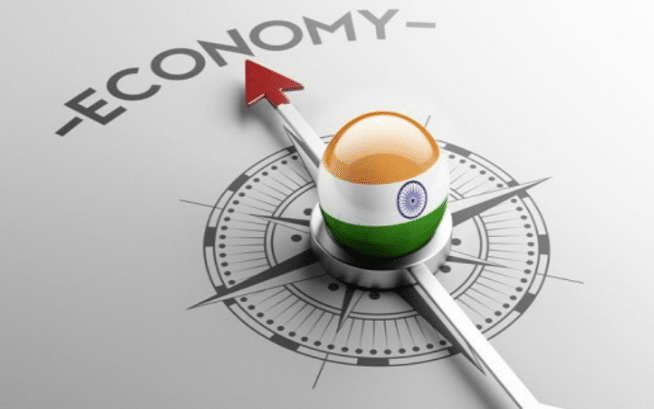 In the last quarter of 2021, India overtook the United Kingdom, according to GDP figures by the International Monetary fund. This means, that India is only next to the United States, China, Japan, and Germany, with the UK now coming sixth on the list.

And many celebrated this news, expressing their views on social media platforms.

One such individual is Mahindra Group Chairman, Anand Mahindra. He hailed the news and cheered for the country and its countrymen.

The law of Karma works. News that would have filled the hearts of every Indian that fought hard & sacrificed much for freedom. And a silent but strong reply to those who thought India would descend into chaos. A time for silent reflection, gratitude. 🙏🏽🇮🇳 https://t.co/hGJ4B28WE3

In his tweet, he speaks about the Law Of ‘Karma’. Reminding us of our country’s struggle for freedom, he remembered and acknowledged all individuals who fought hard and sacrificed much for it.

He also called this historic milestone by India, a silent reply to all those who assumed that our country would sink into disarray and darkness.

Many other prolific minds of the country also took to social media and expressed their views on our country’s achievements.

"The IMF’s own forecasts show India overtaking the UK in $ terms on an annual basis this year, putting the Asian powerhouse behind just the US, China, Japan and Germany. A decade ago, India ranked 11th among the largest economies, while the UK was 5th."https://t.co/6EhYXAWXvf pic.twitter.com/seNEj9S3gs

And CEO of Kotak Mahindra Bank, Uday Kotak too penned down words of encouragement, after giving a reality check based on economical figures.

Chairman of Vedanta, Anil Agarwal too expressed happiness, hoping to see India in the top 3 soon!

We just became the 5th largest #economy in the world, surpassing UK! 👏🏽👏🏽👏🏽
What an impressive milestone for our rapidly growing Indian economy…In a few years, we will be in Top 3! 🇮🇳

A decade ago, India ranked 11th on the list, while the UK was in 5th position. Today, we seemed to have definitely come the right way, and how!