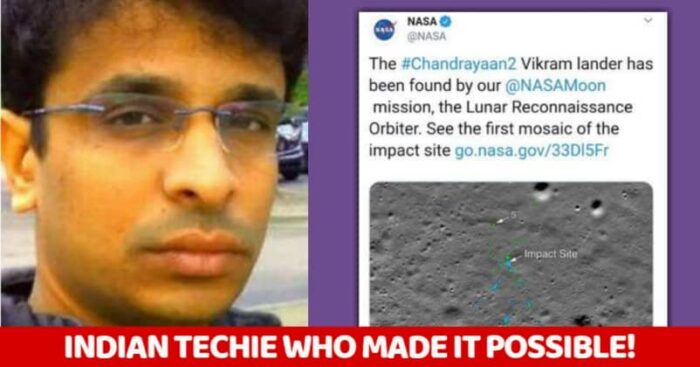 NASA has today (3rd December) announced that its Lunar Reconnaissance Orbiter Camera (LROC) spotted India’s Vikram lunar lander part of India’s partly-successful Chandrayaan-2 mission. They have released an image which shows the precise spot on the Moon’s surface where Vikram, the lander deployed in India’s Chandrayaan-2 mission in early September.

NASA even tweeted about this and wrote: The #Chandrayaan2 Vikram lander has been found by our @NASAMoon mission, the Lunar Reconnaissance Orbiter.

The #Chandrayaan2 Vikram lander has been found by our @NASAMoon mission, the Lunar Reconnaissance Orbiter. See the first mosaic of the impact site https://t.co/GA3JspCNuh pic.twitter.com/jaW5a63sAf 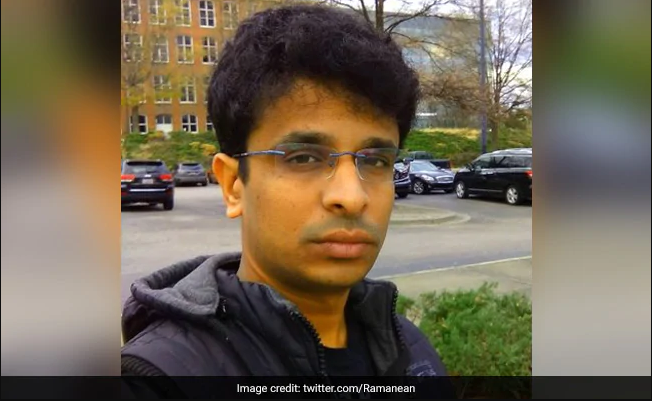 The images shared by NASA is the result of hard work involving Nasa’s Lunar Reconnaissance Orbiter Camera team and 33-year-old Shanmuga Subramanian, a Chennai-based techie who first located the debris in the US space agency’s images. He also went to share this on Twitter:

Is this Vikram lander? (1 km from the landing spot) Lander might have been buried in Lunar sand? @LRO_NASA @NASA @isro #Chandrayaan2 #vikramlanderfound #VikramLander pic.twitter.com/FTj9G6au9x

Earlier this week, the Indian government said that Vikram lander had missed its target by 500 metres. Jitendra Singh, the minister of state for the department of atomic energy and department of space has said that the Chandrayaan 2’s Vikram lander’s braking thrusters failed.

Also, ISRO recently announced to launch Chandrayaan 3 by November 2020. A group of researchers & scientists are already working on this. If Vikram had reached its destination safe, India would have become only the 4th nation after United States, Russia and China to land on the Moon.