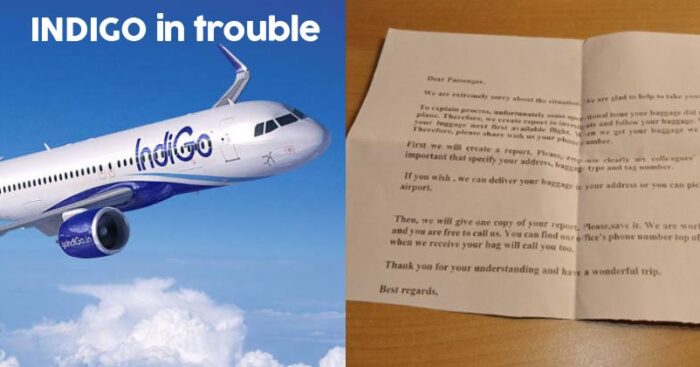 Attention please! Indigo Airlines travelling from Delhi to Istanbul has yet again grabbed eyeballs for a massive blunder. 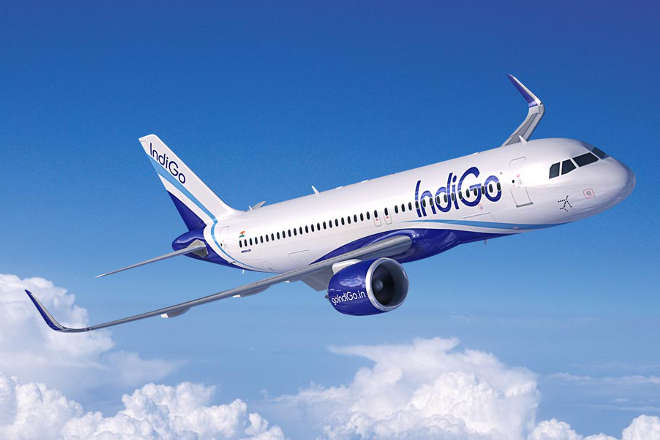 Indigo Airlines flight, 6E 11 on Sunday offloaded the checked-in baggage of passengers flying on the plane and later came up with a bizarre explanation.

It was when the passengers landed at the airport, they were informed by the ground staff through a letter about the operational issue.

“Unfortunately due to the exceptionally heavy headwind, we had certain payload restrictions on a few fights to Istanbul, which led to offloading of a limited number of checked-in baggage,” said IndiGo in its official statement.

In the statement given by the airlines today Indigo apologised its passengers for the inconvenience and assured them of the upgrade made.

“In light of these limitations, we have upgraded our aircraft and adjusted the payload as long as the prevailing wind conditions remain, so all the left behind baggage will be carried today. We regret the inconvenience caused to our passengers.”

The incident left passengers baffled. Here’s how they reacted on Twitter:

Pls investigate in indigo airlines turkey flight# they do not load luggage to save fuel and send next day by turkish Airlines#customers stranded at Istanbul# unethical way of making money#flight 6E11#happening daily@DGCAIndia pic.twitter.com/ljcXebARYo

They are doing this for all 6E11 flights. We went through the same ordeal on 14 Sep and we are yet to hear anything other than we will get back. We are with 11 month old kid with all his clothes, food, medicines with Indigo! Shameful @DGCAIndia this is fraud!! We are stranded!

this happend to me yesterday flying 6E 11 delhi to istanbul, I have mailed them and inboxed then but after taking my PNR they haven’t replied. I have already missed by bus to cappadocia and my day tour plus the hot air balloon flight which is non refundable, 350 euros plus more!!

A Twitter user posted the picture of the letter given to them by the ground staff while they were waiting for their luggage.

Just flew in on @IndiGo6E flight 6E 11 from Delhi to Istanbul last evening. We received this piece of paper when we were waiting for our luggage at the belt. The airline did not load the luggage of the ENTIRE FLIGHT. Not a single passenger got their luggage (1/n) #shameonindigo pic.twitter.com/7KF2VT0f2O

Another user tweeted urged Prime Minister Narendra Modi to extend help, saying her brother’s epileptic medication was in the luggage.

@narendramodi urgent help landed frm Delhi to Istanbul by indigo flght 6E-11 my brother is epileptic medication was in luggage it has not boarded if he doesn't get it seizures will start may result in death . Please help indigo is not replying

A passenger also claimed that all passengers were “(unintentionally) being served these Beef salami sandwiches as refreshments, without any information of its contents (which are in written in Turkish)”.

@IndiGo6E all Passengers from New Del-IST 6E11 whose baggage didn't arrive were (unintentionally) being served these Beef salami sandwiches as refreshments, without any information of its contents (which are in written in Turkish) pic.twitter.com/wn1ZLIodkg