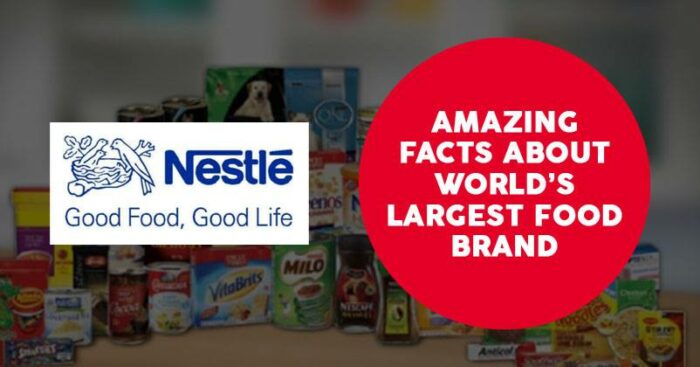 Nestle is one of the most popular brands in the world and houses many products. Henri Nestlé obtained a 15-year French patent for his logo in 1868. After he retired, it was registered in Vevey in 1875 by the new owners of his company. Here are some interesting and lesser-known facts about Nestle

Nestle Is a Lifestyle

Nestle is a wholesome lifestyle brand, it has products for every single facet of life. Right from infancy to adulthood, Nestle has products that touch a person’s life in every way possible. Their latest endeavor was in skincare in 2014.

Nescafe Used to Be a Drink for the U.S. Military

During World War II, Nescafe as a brand was relatively new, but even during that time, it became one of the U.S. military’s staple drinks. Today Nescafe is one of the most popular products from Nestle.

World War I Helped Nestle To Become A Successful Brand

Since there was more demand for dairy products during World War I and as a result, Nestle became a very popular brand and its factories doubled by the end of the war.

It Has a Main Stake in L’Oreal

Surprisingly, Nestle is one of the key stakeholders in cosmetic company L’Oreal

Brands like Nespresso, Kit Kat, and Nesquik account for more than $1 billion sales annually and are the highest selling products from the house of Nestle.

Going by the revenue share world over, Nestle is the largest food company in the world and has many food brands under it.

Its Global Headquarters Are in Switzerland

Since it’s a global brand, people assume that the company might be headquartered in the US, but Nestle has its HO based out of Switzerland.

It’s Gone Through Many Name Changes

It’s true! There are currently approximately 335,000 employees for all of the Nestle brands.

Most of Its Employees Live in Asia, Oceania, and Africa

A majority of Nestle’s employees are based in Asia, Oceania, and Africa. These areas contribute to an impressive 39.1% of the total employee strength.

Most of Its Factories Are in the Americas

While the employee strength is majorly present in Asia, Oceania, and Africa, the company has its most number of factories in America with a total of 163 out of 442.

It Sells More Powdered and Liquid Beverages Than Anything Else

Although Nestle has products in almost all categories, the highest selling category is Powdered and Liquid Beverages and Milk Products and Ice Creams come in second.

Apart from the brands that build Nestle’s identity like the Nescafe, Maggi, and Chocolates, Nestle overall has about 2000 brands including Cheerios and Haagen-Dazs. 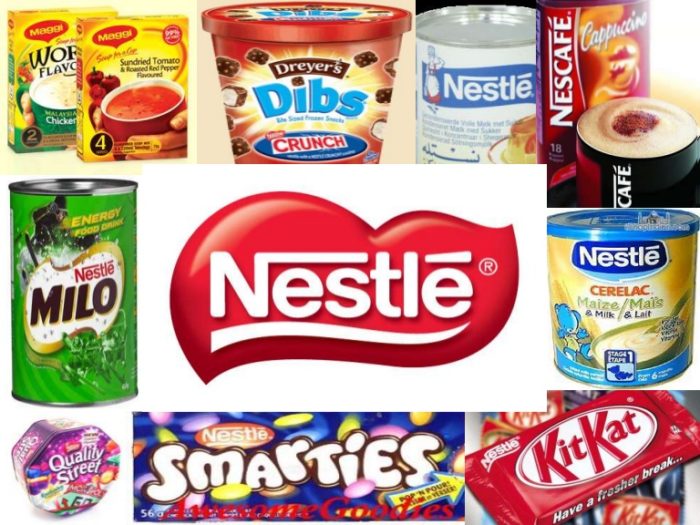 It Operates in Nearly 200 Countries

The company has over 400 factories in 86 countries and has operations in 197 countries world over.