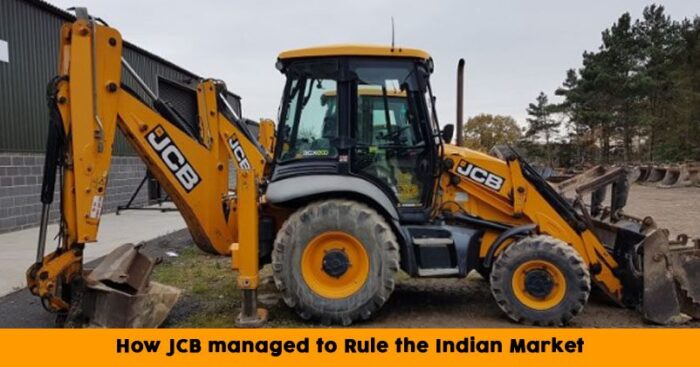 #JCBkikhudhai was recently trending on all over Twitter. We Indians really know how to make a meme go viral. It all started when netizens were quick enough to spot over a million views of JCB Ki Khudai on Youtube. This signified how people actually could watch anything and everything on social media.

JCB was also shown to put to multiple-use in some of the memes. And of course, the results were hilarious.

Having acknowledged the love that JCB received on Twitter, the company’s officials had shared yet another interesting tweet thanking all their fans in India.

We are truly humbled by the love shown for JCB in India today, with #JCBKiKhudai trending across the country! Thank you to our customers and fans for your enthusiasm and support! With @JCBIndiaLtd, you can #ExpectMore. #JCBkikhudayi pic.twitter.com/4oGhCAqcyJ

But there are a few facts that the people do not know about this newborn national star. For instance, JCB was born named after its owner Joseph Cyril Bamford. Also that JCB is one of the universally leading companies in the construction and industrial business.

What Makes JCB The True Star

Almost many business contractors rely on this brand to go about construction. JCB launched various models as per the requirements. They launched the Excavator X series assisting in the construction businesses and the wheel loaders and tractors having agricultural and industrial implementations.
Apart from this, JCB also makes a wide range of vehicles for military assistance. JCB has alliances with the Israeli army. What made JCB market’s favorite was its concept of reducing human effort. JCB has also proven vital for every construction business. Mining, building Dams and bridges also boost the need for construction equipment and machinery. And who else is more reliable than the JCB. No infrastructural company can do without a JCB.

JCB’s Mark In The Indian Market

The JCB came to India in 1979 when India still was developing and adapting to the technology. However, it took the company 24 years to sell its first 24000 products. The Indian economy was considered as a major reason for this delay. JCB India started off as a joint venture with the Escorts group in 2003 before emerging on its own.

JCB is now a business of £2.75 billion (2012), touching the epitome of success with its surety of safety & strength to its consumer.