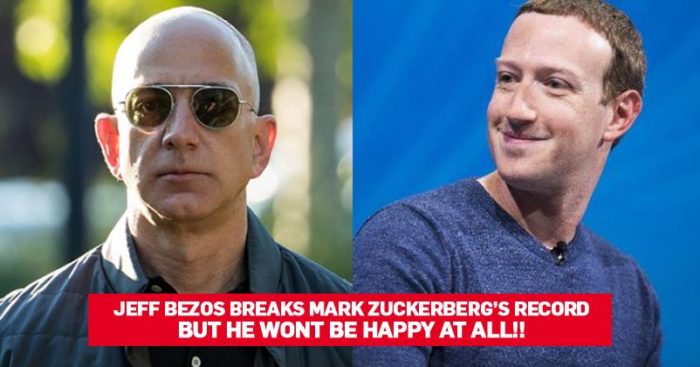 The intensifying trade war in the global market has shaken the entire market with fear as The richest person in the World, Jeff Bezos losses a major part of his wealth when the market index fell down due to the triggered selloff. This has brought a fear in the minds of people about getting into the trade or not. 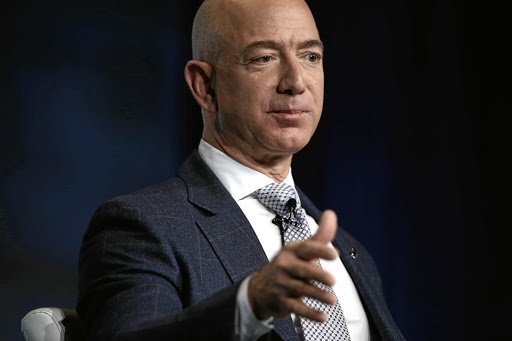 Last two days have been tough for E-Commerce Giant Amazon founder, Jeff Bezos when he lost around $19.2 billion over the past two trading days surpassing the record set by Facebook’s Owner, Mark Zuckerberg. In July, Mark Zuckerberg held the previous record, when the social-media giant reported revenue and user growth that missed estimates, lopping $16.5 billion from his fortune. While Jeff Bezos is still ranked as the world’s richest person, however, this loss has brought his wealth closer to Microsoft’s Bill Gates wealth who is currently holding number 2 position in the world. 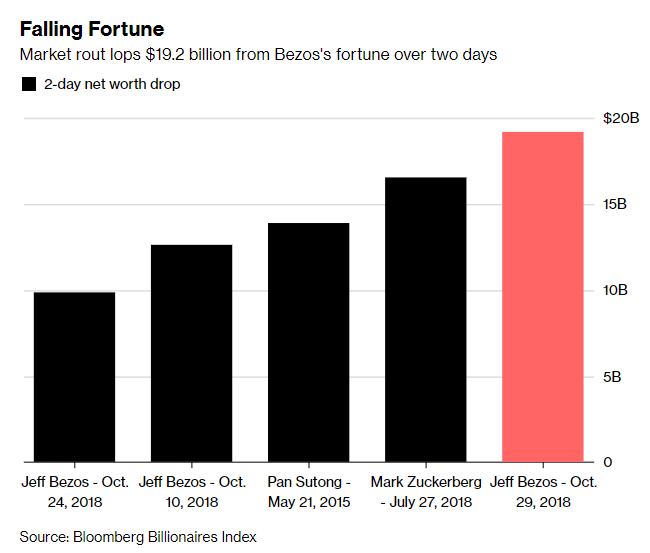 According to the Bloomberg Billionaires Index, Jeff Bezos’ worth bogged down to $128.1 billion from a height of $167.7 billion after the stocks of Amazon fell on Nasdaq. They said,

Although Nasdaq Composite Index has been sliding to its lowest since April, The stocks took a leap when the shares of Amazon tumbled 6.3%, on top of Friday’s 7.8% drop, which lead to such huge wealth loss.

This has put forth trade tension as the global market is in the state of a selloff. Not only Jeff who got hit by this extravagant loss, but there are many other people too ranked in the world’s 500 richest people who suffered a loss in their wealth. After Him, Mexican telecom tycoon Carlos Slim’s $2.5 billion also witnessed a huge drop. Bill Gates, the Microsoft Corp. co-founder, has also lost $558.3 million which means his current wealth is now $92.8 billion.