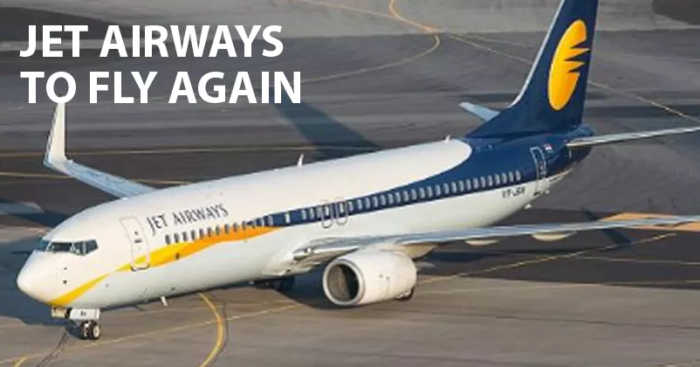 In the recent news, Jet Airways, which has been non operational since April 2019, seems to see a ray of hope for revival with airline’s committee of creditors has approved a revival plan submitted by a consortium of London-based Kalrock Capital and UAE businessman Murari Lal Jalan.

The consortium won the bidding by a a majority vote in favour of by over 97% of the Committee of Creditors (CoC) of Jet Airways.

The new owners are all set to resume flying by mid-next year. However, the joint venture has to be able to raise the required funds through a mix of measures like infusing equity of about Rs 1,000 crore; selling the six old planes owned by Jet to get a few new ones and offering equity to lenders.

While speaking to Moneycontrol, Manoj Madnani, Board Member of Kalrock Capital said, “I want to thank the CoC and the RP for managing the insolvency process. We look forward to engaging with the Jet Airways stakeholders, and bringing back the glory and legacy of the airline.”

Sine the airline declared, bankrupcy & innsolvency in April 2019, it had made several attempts to revive the operations but could not find a way.

The consortium may have won the bidding of Jet Airways and gained ownership of the airline, but its flying depends on whether they are able to raise the funds on or.