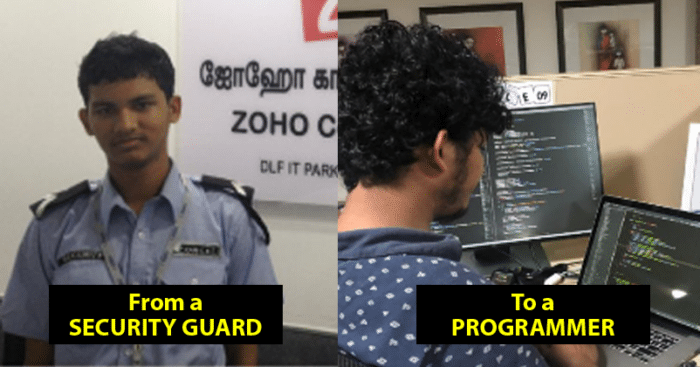 We all are aware of the phrase, ‘hard work pays off ‘. If you truly desire something and give your 100% to achieve it, you are guaranteed to succeed. It may seem hearsay but something similar has happened with someone who achieved his goals with sheer hard work and dedication.

Abdul Alim, a security guard at Zoho, which is a Chennai-based SaaS corporation has now become a programmer in the company itself. The story came to light when Abdul Alim shared the story of his journey and humble beginnings in the company as a security guard 8 years ago on LinkedIn. Currently, he is employed as a Member of the Technical Staff at Zoho

In 2013, Abdul left his home in Assam with just Rs 1000. Out of which he spent Rs 800 on a train ticket. After roaming for 2 months on the streets, finally found a job as a security guard. His hard work and sincerity were visible to all and one day one of the senior employees of the company, asked him his name had told him that he was bound for greatness.

The senior executive, Shibu Alexis, took a keen interest in Abdul and enquired about his academic background and computer knowledge. To which Abdul shared that had learned HTML in school. Seeing his interest to learn more and his capabilities the senior executive offered to help him learn about programming. 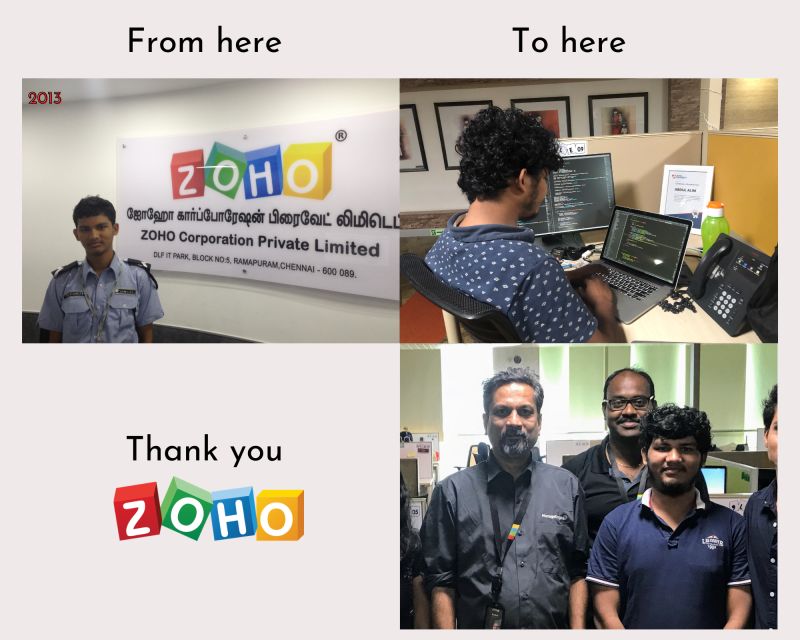 Abdul would complete his 12 hours shift every day and would then go to his senior to learn. After around eight months, Abdul created a small app that takes the user’s input and visualizes it. The senior employee then showed this app to his manager and he was really impressed and wanted to interview him.

Being only 10th pass, Alim was unsure if he would ever be able to give an interview for a job in the company. But to his surprise, Zoho didn’t particularly care if Alim had a college degree. His mentor told him that at Zoho, you don’t need a college degree, What matters here is you and your skills. In the end, he was able to pass the interview leaving quite an impact on his managers.