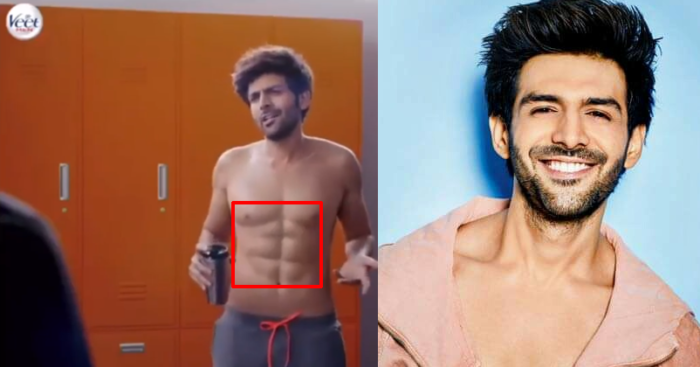 Kartik Aryan recently appeared in an advertisement for a popular hair removal product which is Veet. The brand has come up with men’s hair removal solutions after being a success for similar products for women.

A very famous Instagram Handle has made comments on Kartik’s fake and highly-photoshopped six-pack abs in the advertisement. They believed it to be toxic masculinity.
The caption says it all.

In the advertisement, Kartik plays the role of 2 characters: Harry and Hairy. Harry is the dashing dude girls are crazy after and Hairy questions Harry the mantra behind success on dating more girls than him. Hairy, in this ad, is picturized as ‘undesirable’ whereas Harry has this shaven chest and amazing abs.

Veet Men India has posted the ad on their Instagram handle with #FindYourSexy. The Instagram account that insulted and criticized the advertisement also called the ad ‘tone-deaf, problematic, 2000-late version of masculinity and misleading’ too. 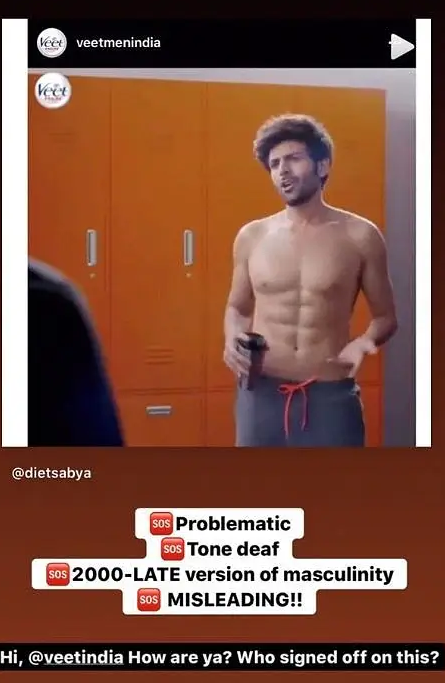 A lot of users have even commented on Aryan’s abs calling it fake and making fun of it at length.