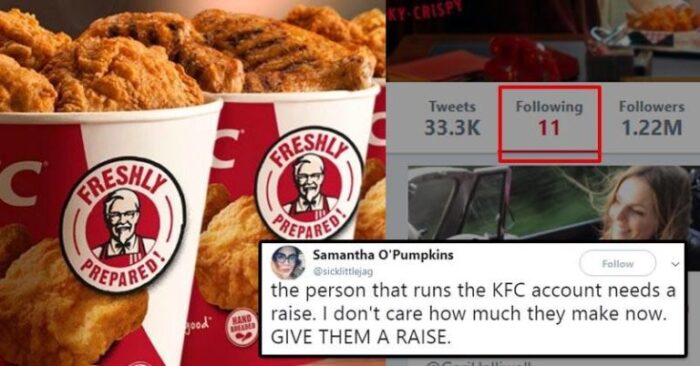 Whatever big brands do social media mostly has a smart strategy behind it. Usually, people ignore the small details when it comes to social media marketing but KFC is setting a great example with its Twitter account. If you don’t know, KFC official account only follows 11 people and the reason behind it is pure Marketing Mind.

If you look at KFC’s account, you will find that the social media manager of KFC has followed 11 accounts i.e. 5 spice girls and 6 guys named herbs. The reason is that KFC has those 11 secret “HERBS” in itis recipe that has made it one of the most successful fast food chains. 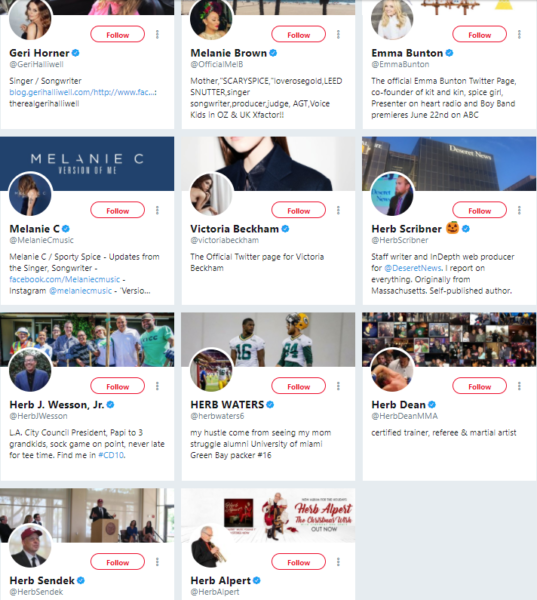 This was discovered by a Twitter user back in the year 2017.

11 Herbs & Spices. I need time to process this.

His tweet soon got viral on Twitter and he received a big number of applause from people.

the person that runs the KFC account needs a raise. I don't care how much they make now. GIVE THEM A RAISE.

I mean… I don't know what @edgette22 does for a living… but he needs a raise too. Smartest man of the day.

I wasn't ready for this KFC!!

BTW +1 of giving the guy a serious raise!

This twitter fame wasn’t the only award for his creative work. Even KFC had sent a special painting in which Colonel Sanders is giving a piggyback ride to him. This painting was posted by him which reads Dreams DO come true. #GiddyUpColonel

An amazing marketing tactic, isn’t it? Well, you surely need to work on details if you want to become a master of anything.