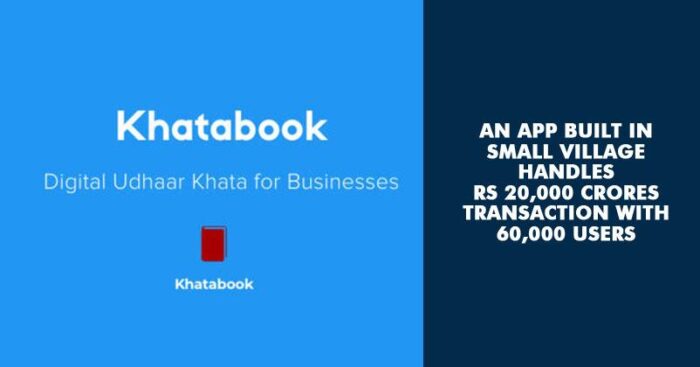 India is advancing in the field of start-ups every passing second. And well, startup ideas don’t pick and choose, it pops up in any head, someone who sits on beanbags and brainstorm with whiteboards or someone who is from a nondescript village in Maharashtra.

Not all start-ups are made with the reason to start one. Some ideas just come up as a result of real-life struggle. KhataBook is an app which was started with the same reason. And now, it is recorded to make ₹20,000 crore of transactions per month.

How it all started and how did it reach to this success? Let us get to know the whole story closely.

KhataBook, was first built by Vaibhav Kalpe in Delgoor village in Nanded district. Kalpe’s father ran an electrical shop in Delgoor, and Kalpe saw him struggling to keep a track of receivables pending. He started learning Android programming through the internet besides helping his father run his shop. Look at the kind of determination. Well, if you have will, there’s always a way! 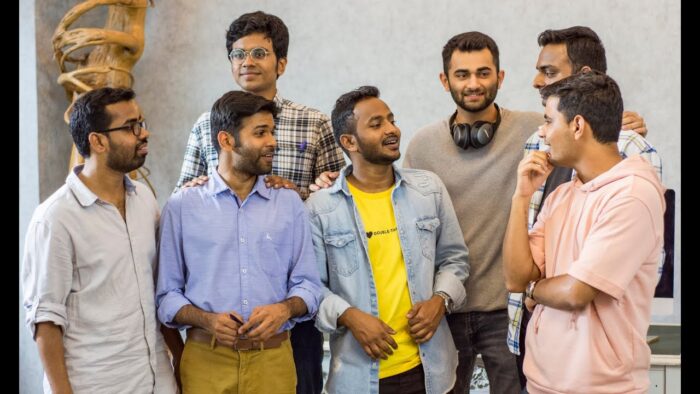 Kalpe learned programming and coded an app that helped his father keep track of his transactions. The app had no backend, very basic front end but was built with first principles and had product-market fit. The app was released on the Play Store on October 2016 and had managed to attract 60,000 users by October 2018.

Course of the Journey

The current CEO of KhataBook, Ravish Naresh, who had previously been a co-founder of Housing.com and had been running a start-up called Kyte.ai at that time. Naresh coming to know that the app was not built by a company but an individual, decided to get in touch with its developer.

Later on, Naresh was able to convince Vaibhav and joined his start-up. He also convinced him to get into the core team of the start-up and made him shift to Mumbai.

The Kyte team then got into restructuring KhataBook from scratch, added new features and relaunched it on the Play Store. The first base of 60,000 merchants actually helped KhataBook go viral and the network started expanding.

Though the app was revamped, it still retained some characteristics that made it viral. Its user interface is basic and minimal, and still talks the language of its core user base. Users can create a new business within the app, and then record transactions. They can even attach the transactions to their contacts, and the app can automatically send payment reminders through SMSes. The app also comes up with handy reports for business owners to peruse an analyze. 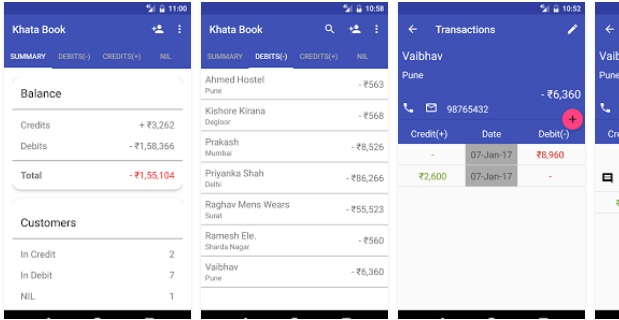 What is the current scenario?

KhataBook still has a long journey to cover. It boasts of 20 lakh active users and is a proof how Digital India is finally taking shape. The app also has over 50 lakh installs and helps shopkeepers across India, and even neighboring countries, record their receivables.

The app is also courting foreign investors and looking fowrard to become a big player in the space.

How successful is Digital India? KhataBook is a very good example of it. Not only do shopkeepers in small-town India now have smartphones, but they also are actively looking out for solutions that can help them improve their lives and their businesses. It, however, took an Indian living in a small town to recognize the opportunity.

He taught himself to code over the internet and built an app that addressed his personal problem. Several things – internet connectivity, smartphone usage, access to capital, and of course, raw talent – had to fall in place for an idea in a small Indian village to end up serving millions of users, and they did over the last three years.

Vaibhav’s dedication and determination is also an inspiration to the youth of our nation that learning has no boundaries and has no limits.