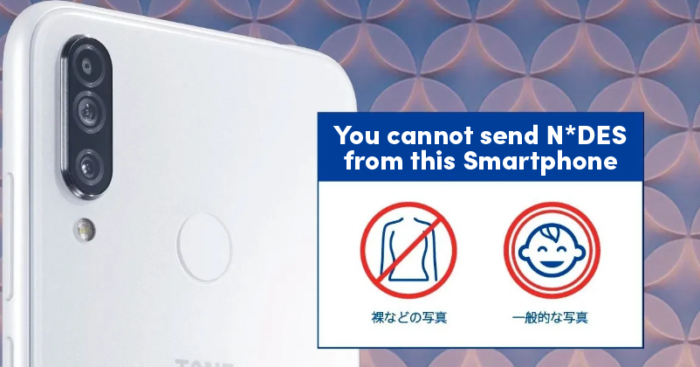 The cellphone industry has seen tremendous technological advancements in the past decade. From being a luxury once, these mobile phones have now become a necessity. From the elderly to a budding teenager, almost everyone posses a personal device.

But technology always carries some drawbacks. Despite being mankind’s one of the best inventions once, today a smartphone is capable to do more harm than ever.

Sharing personal pictures and data can easily end up in the wrong hands and may never be undone.

Sending Nudes has alone hampered a lot of lives. Keeping that in mind, the Tone E20 comes with a feature called “Smartphone Protection” that prevents users from taking a nude selfie.

The feature will prevent the device to save inappropriate pictures of the users, such as naked portraits taken by teenagers.

Tone E20 comes with a special Tone Camera that uses AI and machine learning to detect pictures that contain explicit content. When the device detects that a user has taken a naked picture of themselves or someone they know, it will delete the picture immediately without saving it on the device.

The smartphone also comes with a feature that connects with the parent’s smartphone in case its been used by a minor. So, whenever it detects that the child is trying to click a “nude”, the parent will be alerted right away.

The whole idea behind this feature was to protect users’ privacy as many teenagers store explicit content of themselves on their smartphones. This raises concerns because if those devices get stolen, there is a high chance of those images surfacing online. So, in a way, it is a pretty well-thought-out feature of the Tone E20.