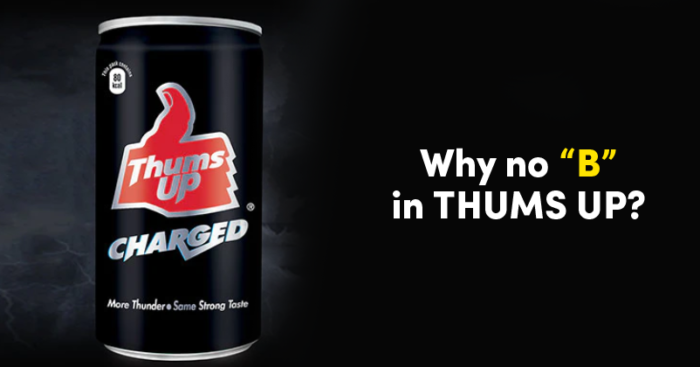 Thums Up has been one of the most popular Coca-Cola manufactured beverages in India. But have you ever wondered why your favorite brand is spelled so strangely? Well, today we are here to discuss why the cola giant chose to skip on its ‘B’.

Thums Up was created in 1977, after the American company Coca-Cola withdrew from India, due to regulations requiring it to disclose its formula and sell 60% of its equity to an Indian company under a government plan for foreign-owned companies to share stakes with domestic partners. 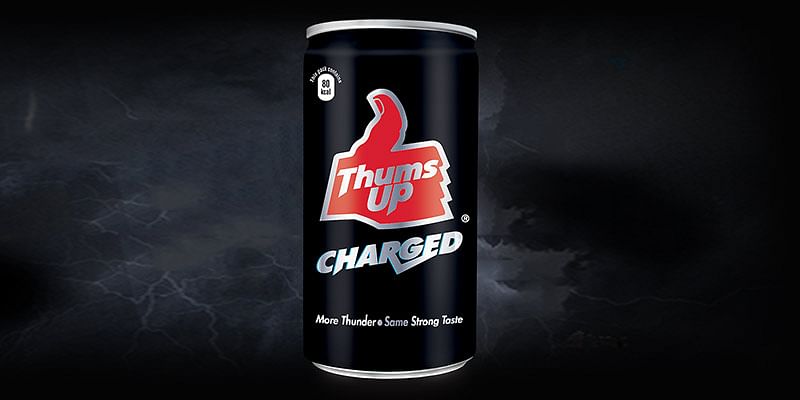 The Chauhan brothers owned part of the Parle company and already had two other brands of soda, Limca and Gold Spot, which were popular in India at the time. Thums Up quickly became the most popular and achieved a near-monopoly among cola products in India during the 1980s, such as Campa Cola, Double Seven, Dukes and United Breweries Group‘s McDowell’s Crush.

The company also wanted the drink to be fizzy, even when it was not ice-cold, so it could be sold by vendors. After much testing and experimentation, the Chauhan brothers and their research team created a cola that was fizzier and spicier than Coca-Cola.

Since they had decided finally decide on the concentrated formula, the only thing left to do was to come up with a name for the beverage. Even though it seemed like a simple task, it had its fair share of challenges.

After turning down several suggestions, the name ‘Thumbs Up’ was chosen, but that also received a lot of objections as the world either sounded derogatory to some or something someone would do to tease. Back in the 1970s, it was still not a popular gesture/symbol in India.

However, Ramesh Chauhan finalized ‘Thumbs Up’ because of his instincts.  Just before registering the brand name, the lawyers suggested the company to drop the letter ‘b’ to avoid making it sound like a generic word, and thus, it was shortened to “Thums Up” and the legendary cola brand was born with a simple, bright red logo.
Also Read: Why Brands Use Misspelled Words In Their Names
In short, Ramesh Chauhan chose to skip on the b only to make the name unique, which has definitely worked. The brand is unique not just for its name but also for its taste & is loved by many.