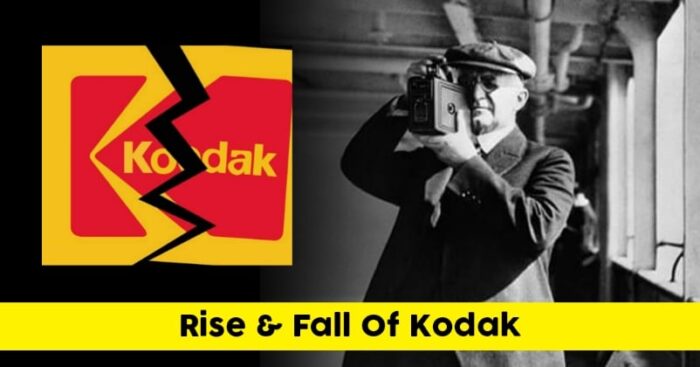 Kodak used to be one of the most iconic brands decades ago. ‘Kodak Moment’ was not just a catchphrase but was the brand’s identity. The moment for Kodak may have passed but what exactly went wrong? It could be said that there is a lot that today’s businessmen can learn from the mistakes of the brand.

Since the company produced and sold films, digitalization in the past decades can be termed as one of the major reasons for the company’s downfall. However, let’s take a closer look at the company’s bankruptcy.

The Rise Of Kodak

The Eastman Kodak Company is an American technology company that produces camera-related products with its historic basis on photography. It was founded by George Eastman, Henry A. Strong in 1888.

During most of the 20th century, Kodak held a dominant position in photographic film. By 1968, they had already captured almost 80% of the world’s market shares in their field.

But with the emergence of digitalization in the 1990s, the brand was struggling to keep itself standing and that is when they digitalized themselves. Kodak began to focus on digital photography and digital printing and attempted to generate revenues through aggressive patent litigation.

Where It Went Wrong

In 1975 by Steve Sasson, an engineer working for Kodak prototyped the company’s first digital camera. Though it did have its drawbacks related to its size and weight, the time is taken by the device to click a picture, and even the quality of the picture, the product was the first step towards technological advancement and had a lot of potentials.

Even though Kodak invented the technology, it didn’t invest in it. Sasson himself told The New York Times that management’s response to his digital camera was “that’s cute – but don’t tell anyone about it.” Many other brands came forward and invested in digital cameras, Fuji being one of them. Kodak did have a headstart but did not take the opportunity seriously.

The brand mismanaged its investment in digital cameras, overshooting the market by trying to match the performance of traditional film rather than embrace the simplicity of digital. 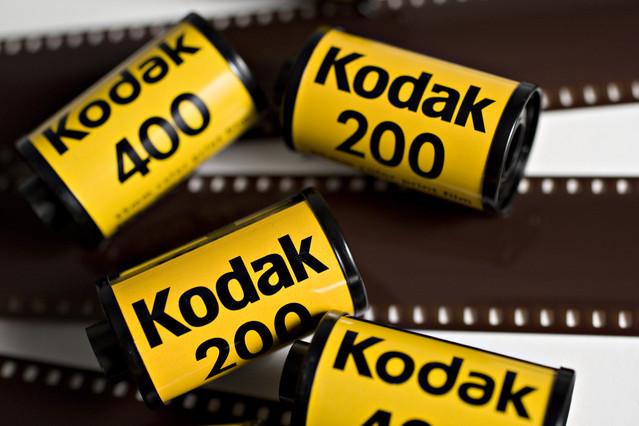 Even though the world was embracing the digital mode, Kodak was adamant that the actual touch and feel of a picture will be more important to its customers. Though it could be said that it was true to some extent, the bigger picture here was the newness of a digital photo was more appealing and frankly more convenient for many.

Kodak was confident that Fuji Films will not be able to overthrow them in the American market with their digital cameras and pictures. They remained loyal to the film based cameras and kept selling them for decades while Fuji Films went on to establish itself in the market.

Kodak dedicated its 10 years in convincing the people that film cameras were better than the new digital cameras. They just refused to change with time. But the fact was, digital was cheaper and had better quality. People knew what they wanted. This stubbornness cost Kodak it’s external funding in that time.

Despite the numerous suggestions from its marketing team, the management refused to make any changes in their product.

When the brand did start manufacturing and selling digital cameras it was too late for them. There were way too many competitors in the market.

In the year 2004, Kodak finally announced that it will stop the sales of traditional film cameras. By the end of 2010, Kodak had lost its place on the S&P 500 index, which lists the 500 largest companies in the U.S. on the basis of stock performance. In September of the following year, the stock prices of Kodak hit an all-time low of $0.54 per share. More than 50 % of its shares fell in that whole year.

It was in January 2012 that Kodak filed for the Chapter 11 bankruptcy protection which resulted in the reorganization of the company and was provided with 950 million dollars revenue on an 18-month credit facility by the CITI Group.

This way the company could still continue to run the company however in order to generate revenue the company had to sell some sections of the company to other companies. In September of 2013, Kodak announced that it had emerged from Chapter 11 Bankruptcy Protection.