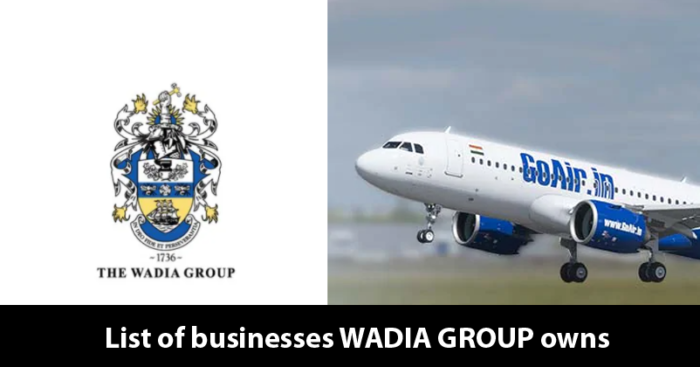 One of the most established groups in the Indian business conglomerate space is the Wadia Group. They have been active since 1736, with their first company – Bombay Dyeing, since 1879. They have spread their horizons across platforms like textiles, chemicals, real estate, electronics, and even fashion. As they continue to enhance their power, these are some companies that many don’t know that they own.

Nowrosjee Wadia began operations of Bombay Dyeing in 1879. Cotton yarn that is individually dip dyed is the practice of the company, that manufactures all sorts of bedding and home clothing options including curtains, sofa covers, table mats, quilts, and more. Bombay Dyeing has several outlets all across the country, and tie-ups with other big retail chains where they can be frequently found.

Britannia Industries has a strong legacy for a century. It is one of the most established food brands in the country manufacturing biscuits, cookies, cakes, bread, and more daily food needs for all groups. It has tie-ups with 10,000 outlets and has an annual turnover of at least Rs. 450 crores annually. The best part about the company is that it is widespread in almost 60 countries globally.

Gladrags is a leading fashion and lifestyle/entertainment magazine founded by Maureen Wadia. The company conducts its annual ManHunt and MegaModel Contest in India which helps them find beauty pageants that feature on their magazines, and are also given the boost to take up modeling as a professional career.

One of the leading airlines in India, Go Air, is a product of the Wadia Group. It was launched in 2005 and has low booking rates in comparison to other reputed airlines in the country. As per reports in 2017, it constitutes a market share of 8.4% in India.

A franchise cricket team competition in the Indian Premier League (IPL) every year, Kings XII Punjab is owned by Ness Wadia alongside Preity Zinta, Mohit Burman, and Karan Paul. It is based out of Mohali, Punjab with Anil Kumble as the coach of the team.