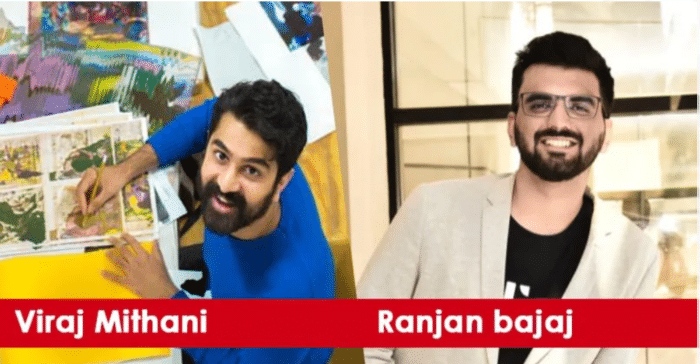 Imagine being nominated in the Forbes India 30 under 30 list! One of the top most platforms to be featured in that too at such an early stage of life. Forbes 30 Under 30 is a set of lists of people under 30 years old issued annually by Forbes magazine and some of its regional editions. It is indeed a matter of pride and vigor to be a part of this list and such a globally reputed magazine. Let us have a look at the Forbes India 30 Under 30 list from India:

Neetu, 26 and Kriti, 28 from agritech background have made it to the list of Forbes India 30 Under 30. Starting from a weekend assignment in the year 2019 of IIT Delhi roomates turned into co-founders to a top tier VC funded dairy farming startup. Currently the CEO and COO of ‘Animall’, that is making online trading of cattle convenient and deranging the $250 billion cattle and dairy market. It motivates and empowers dairy farmers to start their own farms by gaining access to quality cattle farming in an efficient and quick manner.

Rahul, 28 working as a brand and creative strategist in Sideways Consulting has gone all out of the way to make it to the epitome of success. Beginning as a mentor in Flipkart’s accelerator programme to formulating movie marketing and trailer fomats for animation films like Incredibles 2, to making digital offerings for financial technology brands, Rahul has come a long way!

Viraj, 28 excelling in the field of art which he has channelized in various platforms in countries like the US, London, Sweden and Mumbai via solo exhibitions and workshops. Currently he works with a combination of painting and print making thereby pursuing his masters degree at the Rhode Island School Of Design in the US. He has also mentored at the prestigious school of Art Institute Of Chicago and the Chicago Public Library.

Gokul, 26- apparently the founder and CEO of Minionlabs which basically focuses on tracking the consumption of data at home, office or a factory via a cute palm sized wireless model of minion thereby helping people to understand the amount of energy consumption and optimizing the usage to cut electricity bills. It has some of the biggest and most reputed brands on board such as MRF India, Fortis Healthcare, Ford India and so on.

Rajan, 29 is currently the founder and CEO of Slice- an app-based credit card challenger in India. The startup founded by this youngster has accommodated many high profile brands such as Blume Ventures India, Das Capital, Tiger Global and so on as their investors. Bajaj is a sheer example of how a passion driven person if works hard with full dedication can achieve his goal in no time, he is indeed an inspiration for many.

Somay,24 and Samyak, 22- The Jian brothers dropped out of college to follow their passion of building a decentralized finance protocol which allows people to borrow and lend funds from others or even earn interests in savings like account.

Mnaushi, 29 is the co-founder and director at Sponge Collaborative. A problem-solver by nature with a highly sporty attitude Manushi has catered the Sasaki project in Afghanistan where she had the opportunity to directly work with the strategic development framework for five war-torn cities. It was a great opportunity for her to explore her domain as an architect and urban planner.

Khyati, 29 professionally a graphic designer and visual artist working at Samsung Research in San Jose. She is into several other jobs and platforms as well such as type of design at Indian Type Foundry, branding at CoDesign and senior communication designer in Munich at a renowned design consultancy IDEO. While working she has also discovered her knack and talent in whipping off visuals from nothing with 3D design which she apparently uses along with type design to make meaning of things.

Shlok, 26- popularly known as Tech Burner, with a followers count of 7.5 million on his YT channel is best known for his ‘How To’ tutorials on gadgets, product review and simple life hacks. His company Burner media creates content for social media other than managing few websites and five apps, which have over 2 lakh downloads.

If you are a social media addict you must have seen her interviews and snippets as she is apparently a buzzing influencer cum figure all over the Internet. The very first openly transgender doctor and a social activist who spreads awareness about the LGBTQIA+ Community. Her main aim and motif is to educate and raise awareness among people about the gravity of subjects like gender, sexuality, bullying, mental health and feminism. She herself has evolved a lot and faced many hurdles in the past years in a society which still has issues accepting the trans community and considering them equivalent.

Nimisha, 25 is a well-known actress who made to to the epitome of success within a very short span of time. She has been a part of some of the biggest blockbusters such as Malik, Nayattu and One as well as worked with reputed film directors starting from Mahesh Narayana, Rajeev Ravi to Dileesh Pothan. At a mere age of 25 she has achieved and made a significant position via her hard work and acting skills.

Rashid, 29 is the co-founder and chief product officer at Yellow.ai- world’s Leading Conversational CX Automation Platform, yellow.ai brings the best of AI and Human intelligence together, to automate Customer Experience for large brands and enterprises.

Akshay 26, Aditya 26 and Anuj 27 r=are the co-founders of Beco- a startup that offers chemical-free sustainable alternative to domestic products such as garbage bags, dishwashing liquids, floor cleaners etc. All of its products are made up of plant-based biodegradable ingredients and are available i over 2,000 offline grocery stores.

Adarsh, 27- the lead actor of Bollywood’s The White Tiger which fetched him a nomination at the BAFTA for the category of lead actor. Adarsh is also trained in Hindustan classical music. It is for talents and people like him that the ordinary still dares to dream.

Vandana 29, is the one who scored a hat-trick against South Africa in the Women’s Hockey League. As we know, the women’s hockey team finished off at the fourth position at the 2020 Tokyo Olympics and it was because of the sheer hard work and dedication of players like Vandana.

Lakshya, at just the age of 20 is the leading charge for Indian men’s badminton on the world level. He also became in the youngest Indian to get through the BWF World Tour Finals in the year 2021 followed by a bronze at the prestigious BWF World Championship walking on the footprints to the legendary badminton player and champion, Mr. Prakash Padukone.

Pranav 25, a young mind with a beautiful heart. This 25-year-old has dedicated himself in setting up solar power projects in various areas in India that have been hit by drought, while building residential properties for the economically weaker section of the society side by side. His company Adobe LLP, enables 20-25 year land leases between farmers and solar EPC companies where the farmers get a stable income with an annual hike and the right to future capital gains, while companies get cheaper and quicker access to land thereby benefiting both the parties.

Raju, 28 has a huge struggle story behind all the success. When he stepped out into a big city for education purpose there was no one to guide him in his academics. So he started off with Eklavya India, an organization that now mentors students to pursue higher education thereby enabling grassroot leadership of first generation learners.

Elwinder, 29 currently the c0-founder of Connect and Heal- an organization that ties up with large companies to manage on-site primary care of employees working in metro cities as well as remote areas. A third gen Malaysian citizen, Elwinder quit his job in order to start and focus on Connect and Heal, since he did not want people to face the same level of personal distress that he went through while dealing with healthcare system.

This trio of 26, have built an e-commerce of giving, where one doesn’t donate money but shop what NGOs list their requirements. A smart and unique initiative by these younsters!

Karishma, 28 has been always been inclined towards biotechnology, she is the co-founder of ClinBiz that is striving to break the inefficiencies in clinical trials. According to Karishma, new and modern treatment should be accessible to all.

Rahi 28, a fashion influencer and supermodel now, had a long way before joining this industry. Initially he studied law followed by MSc from the London School Of Economics but deep down he enjoyed and admired fashion. Thereafter he started to be a part of magazine covers and front-row invites there has been no looking back ever since!

Dhillon, 29- who hasn’t heard his name right? The current trend setter and buzz creator all over social media. His music is a mix of hip-hop, R&B, pop and rap and are one of the biggest hits in the current times head by millions of people all over the world.

Achyuth, 25 is the current guitarist of one of the leading bands, When Chai Met Toast. We all have heard and jammed in the songs produced by this band at least once. Haven’t we? He is the man behind the musical magic that the band creates!

Jash 26, initially a mechanical engineer who always knew he wanted to start something on his own which gradually gave birth to Get-A-Whet- a protein based, healthy ice cream for all the health freaks out there.

These 21-year-old youngsters have their own way to success. The BharatX co-founders are still studying at NIT (Trichy), a brand provides implanted credit by partnering with brands, aimed especially at direct-to-customer businesses and low-income individuals in micro-markets.

Nishant and Siddharth 29, the co-founders of Newton School- which focuses on providing and enabling those from tier 2 and tier 3 towns to get technology oriented jobs along with providing personalized training programmes in software development.

Ria, 28 is currently the product lead of one of the leading communication brands- Whatsapp Payment. Her role includes vision, strategy and execution of payment structure in India.

Tasheen, 27 is the founder of Taste Retreat that specializes in curating themed parties, corporate gifting and premium gourmet experiences. It was initially started in Mumbai but later on made it to a PAN India level through sheer hard work and dedication of Tasheen and it’s employees.

So here was a list and the story behind the 30 Under 30 from India!