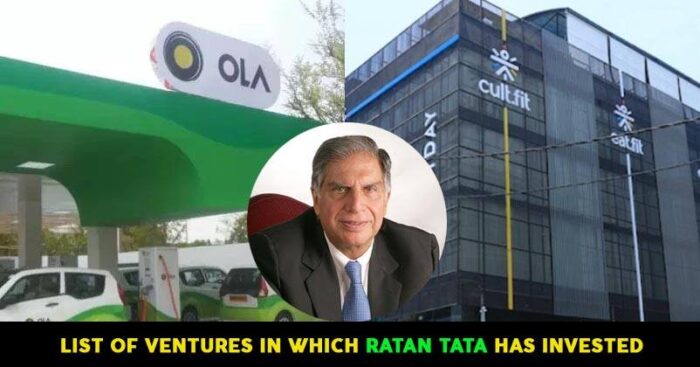 Ratan Tata is among the world’s most influential industrialists. He set up RNT Associate in 2009, three years before retiring from TATA Sons.

After heading the $100 billion Tata Group for 24 years, Ratan Tata has turned into a serial investor. The conglomerate invested his private wealth in 30 startups and is constantly adding to the list.

Here is a list of various startups he as invested in.

Snapdeal, Indian e-commerce based in New Delhi, was the first e-commerce backed by Ratan Tata in 2014. Tata reportedly holds a 0.17% stake in the startup. In 2015, Tata bought a small stake in One97 Communication, the company that owns & manages Paytm. He also took the role of an advisor. Clima Cell is a startup that aims to predict accurate weather conditions. Ratan Tata backed the startup in 2016 by investing the seed money. The start-up has raised $70 million so far. It has placed big bets to predict when floods will hit India next.