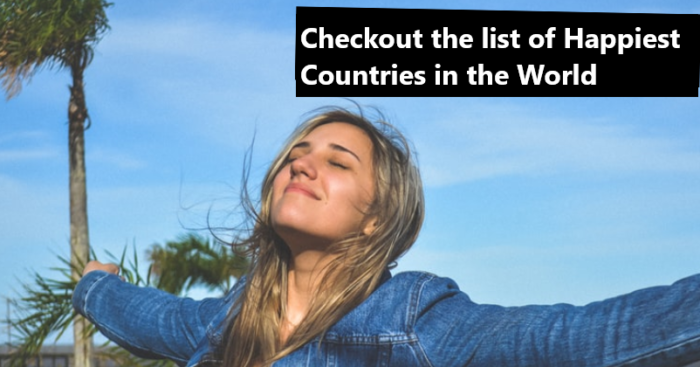 The UN released the annual World Happiness Report yesterday on the occasion of the International Day of Happiness. And once again, Finland has topped the list of world’s happiest countries for the third time in a row.

India is ranked 140 in the list while its neighbours Pakistan, Bangladesh, Bhutan, China, Nepal and Sri Lanka are way ahead in the happiness rankings. In the World Happiness Report, Pakistan stands at 67th rank, China at 93, Bhutan at 95, Nepal at 100, Bangladesh at 125, and Sri Lanka ranked 130.

Nordic countries were once again among the top 10 claiming six spots in top 10 while New Zealand, Switzerland, Austria and Luxembourg claimed four spots in the top 10.

Here is the full list of the top 20 happiest countries in the world: