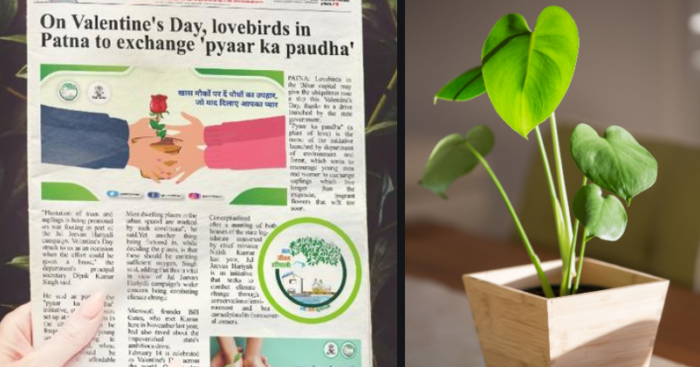 Valentine’s Day is all about expressing love and there is no better idea than exchanging gifts to let someone know that they were on your mind. People tend to think of everything unique that they are capable of to surprise their special someone on the V-day!

But how can we forget flowers? V-day will lose all its charm if you don’t randomly witness a bouquet of Roses in some or the other person’s hands. Well, the Bihar Government had some other plans in mind! Let’s find out. 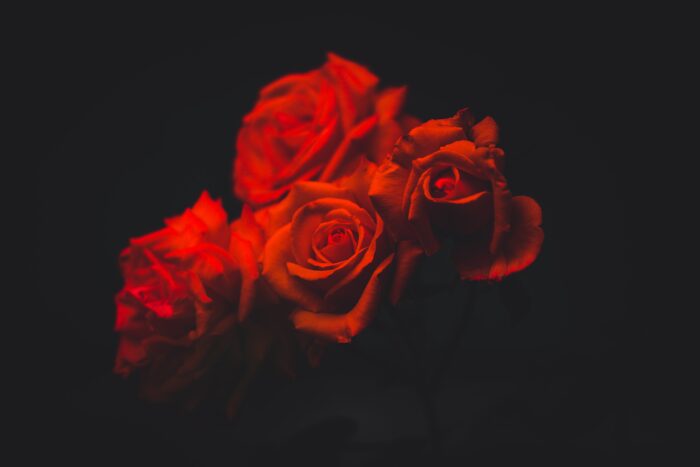 Bihar’s Department of Environment, Forest & Climate Change has launched an idea of “Pyaar ka Paudha”, basically a plant of love, in a running campaign named as Jal Jeevan Hariyali.

The entire idea is to urge couples to gift a plant rather than flowers to their partners on Valentine’s Day encourging the practice of enhancing more and more greenery in the environment. The plants will live on for many years in comparison to the gifted bouquet.

Watch your love and affection grow with a plant! Become a part of the “Pyaar Ka Paudha” initiative , give your loved ones a sapling from our stalls set up at different locations of the city. #JalJeevanHariyali @SushilModi @NitishKumar pic.twitter.com/DlV04LcJ84

“Care has been taken to ensure that the saplings are of varieties which can grow in flower vases, kept in places where sunlight may not be in abundance. Most dwelling places in the urban sprawl are marked by such conditions”, said Dipak Kumar Singh, Principal Secretary of the department.

The stalls to buy these plants to gift your loved ones also spread out a message of how important the big trees in the surroundings are and that is why the stalls will remain accessible even after the end of V-Day.
By The Way, Happy Valentine’s Day! 🙂
Source: Storypick