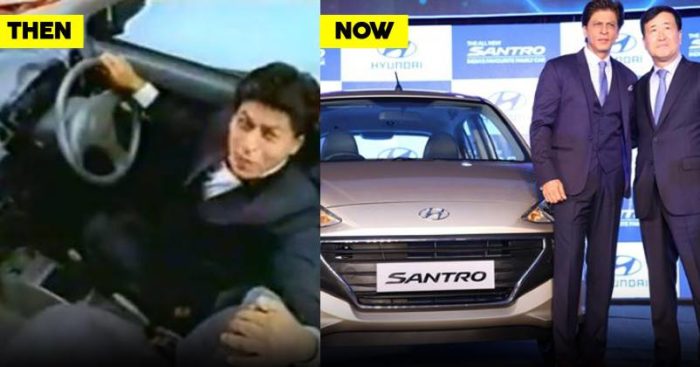 He has been the Badshaah of Bollywood for more than 2 decades now and in his almost 26-year-old career Shah Rukh Khan has endorsed many brands. But there is one brand, that has set everything else apart and its Hyundai. Hyundai and Shah Rukh Khan have completed 20 years of association, which has been the longest ever worldwide. 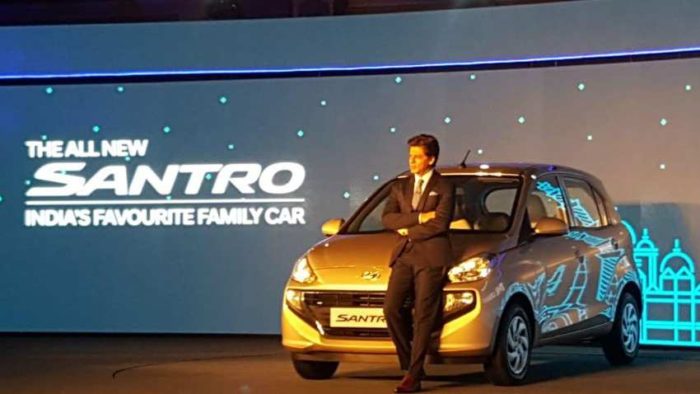 YK KOO, MD & CEO, Hyundai Motor India Limited Said, ” SRK is one of the first Hyundai Family Members and has played a key role in the success of Santro since our inception in India. Hyundai’s association with Shah Rukh Khan has enhanced and propagated our brand values. Shah Rukh Khan has a very strong image of a family person and represents strong family values. Hyundai being a household name in automobiles in India connects strongly with Shah Rukh Khan. We are extremely happy and honored to continue this two-decade-long association and are confident that it will further strengthen Hyundai brand image in India.”

Shah Rukh Khan, on the other hand, took to Instagram and posted this lovely picture with a heartfelt caption.

In a way, Shah Rukh Khan’s journey in Bollywood and Hyundai’s journey in India are very similar. Way back in 1998, when Hyundai signed Shah Rukh Khan, he was riding high on the success of films like DDLJ and Kuch Kuch Hota Hai and became a household name, similarly, Santro was received in India with open arms and went on to become the only popular name in cars after Maruti. After establishing and making Santro a success together, Shah Rukh also went on to promote Hyundai i10 and Verna, and has always been part of the brand’s corporate events and launches.

Back then; Hyundai used Shah Rukh Khan’s star power in the ads by using Shah Rukh as Shah Rukh in a series of 5 ads, the first couple of ads were more like a teaser. In these teaser ads, Hyundai’s Kim is seen chasing Shah Rukh Khan to sign their advertisement and Shah Rukh Khan is seen reluctant in doing so. Before signing on, Shah Rukh wants to make sure, if he is promoting the right car. An element of typical Shah Rukh style humor was evident in all the ads and probably that is what connected most with the audience.

The next ad cleverly plugs the Santro’s maneuvering capabilities suited for the Indian roads by having a skeptical Shah Rukh Khan, challenge Mr. Kim to a race on a dirt track. The highlight moment is when SRK takes off the helmet and gleefully concedes with the line, “Keys, Mister Kim! “which shows his conviction and belief in the car

In the ad, yet again hovering on the capabilities and suitability of car for Indian roads, Shah Rukh drives the Santro and appears convinced with the car. “So perfect, even I would stand in line”, says a content Shah Rukh Khan.

The final ad sees Shah Rukh as the brand ambassador who has accepted Santro and is now thinking of a perfect tagline for the car. A beautiful chemistry between a dog and Shah Rukh is seen in the ad and ends with establishing Santro as the Complete Family Car.

We wish this association of Shah Rukh Khan and Hyundai sets other records and meet with huge success now and forever.