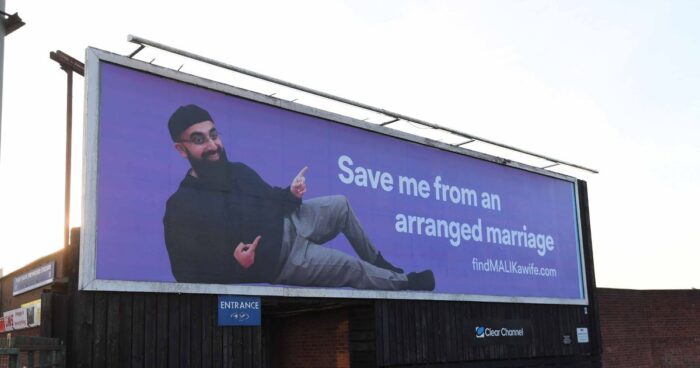 Love has no boundaries- This 29 y/o man from Birmingham has proven this statement right with his completely out-of-the-box style of looking for a wife! Yes you read that right, Mohammad Malik has taken up to advertising himself on huge billboards in the hope of finding a suitable wife for him. He has set up a website named ‘Findmalikawife.com’ and has plastered his pictures on several advertising hoardings across Birmingham. 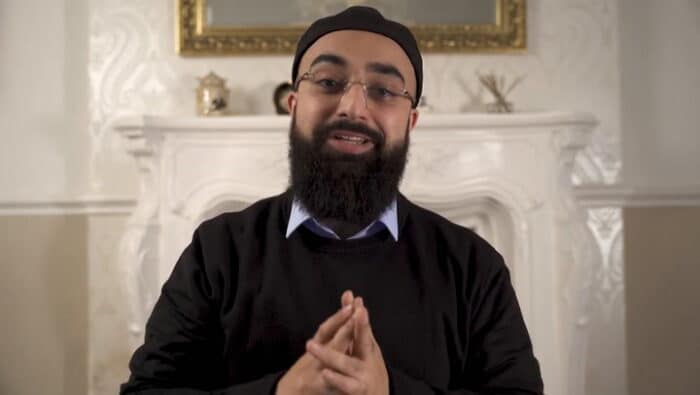 He further stated he took the unusual approach of finding love after the usual methods of meeting ‘the one’ did not work out well. As one crosses the A34 near the Perry Barr Greyhound Track one can see a 20ft. billboard of him lying on his side pointing upwards with a big smile and wittily quoting: “Save me from an arrange marriage.”

He also states the qualities and traits that his future wife must possess, some of them being: she must be a Muslim woman in her 20s who must be striving to better her deen. He states how he is open to ethnicity but since he has got a loud Punjabi family- so one shall have to keep up with the bants. He prefers personality and faith over anything else and further states how he is the only child of his parents and has to look after them as well so if this is a deal-breaker it won’t work out well.

We hope he finds his suitable match and live a happy married life till then let’s focus on the good and crazy part!