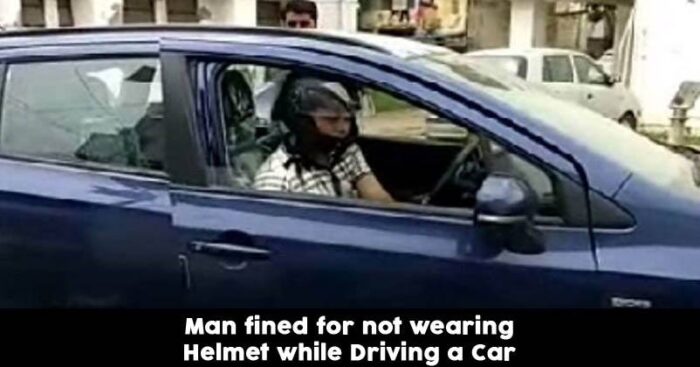 With the new Motor Vehicle Amendment 2019 coming into effect, traffic violators are now facing steeper challans than ever before. While there have been a bunch of cases where violators were charged heftily taking internet by the storm, this one is sure to be the most bizarre one.

A man from Aligarh, Uttar Pradesh was apparently issued an e-challan for not wearing a helmet while driving a car! Fined for Rs.500 Anees Narula received a message along with other details on a text. 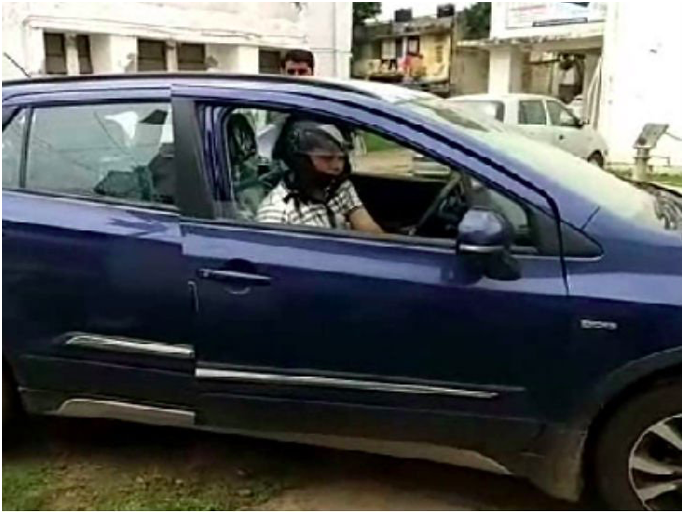 But what’s interesting here is how he chose to deal with it! Narula later approached the traffic police officer flaunting a helmet while driving his car and confronted them about the challan issued where he was told that so might have happened due to incorrectly fed data in the system. They also shared that there is a provision to cancel a challan which could be undertaken considering the case.

Surprisingly, this isn’t the first time that this has happened. Two years ago, Bengaluru police had charged two people, separately, for the same ‘violation’ of not wearing a helmet while driving a car.