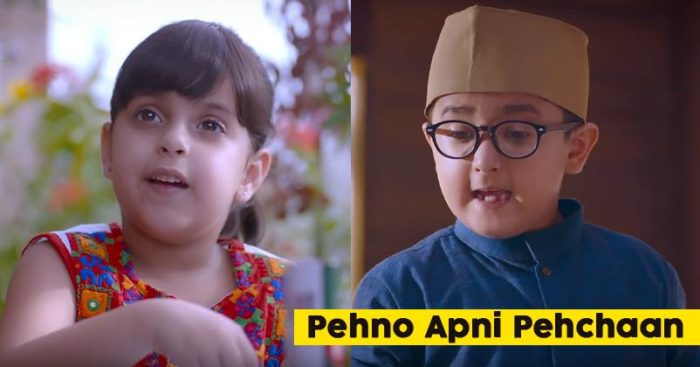 Making the most of a situation is something we see brands using to their benefits all the time. Be it special occasions or festivals, brands leave no stone unturned to focus all their marketing strategies around it. With Independence Day around the corner, brands are making use of the strong patriotic voice to subtly promote their products. Recently Manyawar launched 2 new TVCs strongly emoting the patriotic feelings. 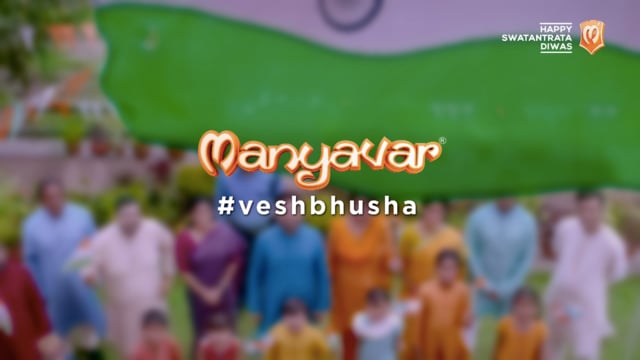 One Ad sees, kids, preparing for an Independence Day function and voicing out famous patriotic slogans craved by our freedom fighters. With that strong emotion, they are not just rehearsing for the function, but also challenging their fathers, to give some attention and time to something that reflects their own country, in this case, the use of Khadi clothes, and traditional dressing of Kurta Pyjama has been brought into the focus. For example, a girl is seen coloring the national flag and talking to her father about the swadeshi movement, wherein people took an oath of never wearing anything except Khadi and then she almost encounters her father, that can’t he do that even for a day and points out at a Kurta Pyjama. ‘Pehno Apni Pehchan’ is the closing statement of the ad.

The second ad shows a little boy imitating Gandhi Ji and preparing to be like him for a function. He constantly asks his dad, if he can wear the same Veshbhusha and the dad assures him that he will find the Kurta for him. The dad is then seen talking to his wife who is away and emotes that the son is becoming a freedom fighter. The boy is eager to dress up in the Veshbhusha, and in the morning all dressed in a Kurta Pyjama, he comes to his dad. His father says that he would drop him to the function and then the boy stresses on the father also wearing the Veshbhusha and points towards the Kurta Pyjama. Both father and son duo traditionally dressed attend the Independence Day function

The use of children depicting these strong emotions definitely works in the favor of the ad, because not only it makes the ad appealing, but also gives a more realistic and convincing feel to it. We normally do see our kids rehearsing for Independence Day functions and saying aloud the slogans and hence its totally relatable.

The product placement here doesn’t look forced, because yes, Kurta Pyjama has been the traditional dress for men in India and thus wearing the same at least on such occasions does make sense. Even Virat Kohli was seen starting the #Veshbhusha challenge.

#Veshbhusha will unite us all this Independence Day. I have nominated @shikhardofficial, @rishabpant and would love to see all of you join us. 😀 Share your Swatantrata Diwas look on social media. Don't forget to add #Veshbhusha. 😊 #JaiHind

The relationship between kids and their fathers, add a lot of value, because sometimes what we forget as adults is generally stressed by kids and thus makes as for a strong emotional content.

Have you seen the ads, do you like and agree with the emotion?