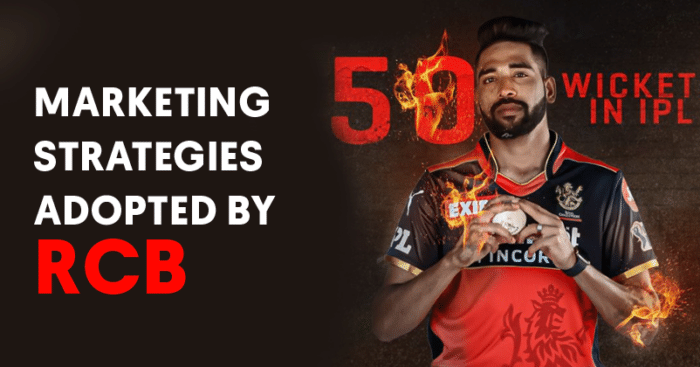 With their fiery red and golden jerseys, and a number of brands associations with the team, The Royal Challengers Bangalore, is one team everyone looks forward to, every season of the league. Founded by United Spirits in 2008, the team from Bangalore, have been runners-up in three seasons though they haven’t won any tournament yet. But with the highest record score of 263/5, this team had many interesting social media and marketing strategies adopted by them this year.

To start with, the team sported blue jerseys during their opening match against Kolkata Knight Riders in UAE, to salute the fighting spirit of Covid warriors. Over a number of years, they have been seen wearing green jerseys in a bid to express support towards the environment.

United to help and support the frontline warriors who have worked selflessly and tirelessly to fight the Covid Pandemic. 🙌🏻🙌🏻

The third largest sports manufacturer in the world, Puma locked in a multi-year partnership as the team’s kit partner. Muthoot Pappachan Group, became the official front t-shirt sponsor for the team. Along with it, Exide Group has been seen gracing the jerseys of the players too. DP World, a multinational logistics company from UAE signed up as the t-shirt(back) sponsor this year.

Exclusive merchandise of the team was made available in the form of tees, pants, polos, shortsand flipflops.

Social Media Handle Of The Team

With some quirky and funny posts on Instagram, the team’s efforts in fan engagement were top-notch. Check out a few of them

In an effort to appreciate the formidable Virat Kohli’s captaincy, this season being the last he captained, the team put up a post thanking him.

The team’s members efforts were recognised with visuals highlighting their performances. Team loyalists too joined in to celebrate them.

Their official Instagram handle had some amazing video posts showcasing easy and rigorous workouts that were sponsored by Herbalife Nutrition,