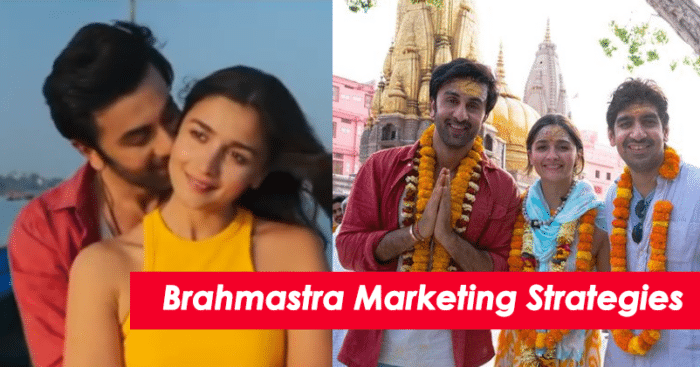 Brahmastra- an upcoming Bollywood movie directed by Ayan Mukherji, has been creating a lot of buzz recently. The film stars, superstar Amitabh Bachchan, Ranbir Kapoor, Alia Bhatt, Mouni Roy and Nagarjuna Akkineni- a bunch of talented actors in one frame. The film has gained a lot of popularity and created an impression among its viewers even prior to its release which makes us wonder what can be its marketing and PR strategy! Let us have a look at some of them:

A never-seen-before publicity stunt by team Brahmastra when they unveiled the logo of the film through 150 drones flying all around the sky during night time at one of the biggest festivals in India- Kumbh Mela. The entire show was streamed live on digital platforms like Facebook and Hotstar which gained a lot of popularity and viewership among the fans. 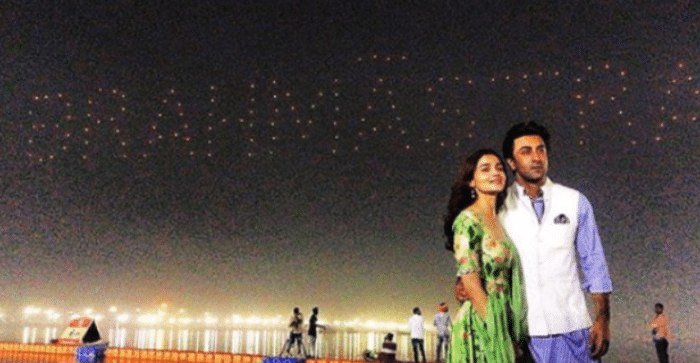 ‘Kesariya’- the teaser song of the film sung by none other than the very talented, the man with a magical voice- Arijit Singh has made it’s mark in people’s hearts with its beautiful melody and charm. If you are someone who is highly active on Instagram, you will come across several reels where this song has been used as the background music in several instances which makes it one of the most viral/trendy songs on Instagram thereby creating a lot of buzz around the upcoming film.

We can’t deny the fact that the media indeed plays a very vital role in the entire promotion process of a movie/film. Brahmastra received a warm media coverage and created a lot of social media buzz via it’s promotion through media.

The real and reel life couple

Ranbir and Alia the star cast of the film has created a lot of excitement and anticipation among their fans not only during the tenure of their courtship but also post their marriage. People’s interest in the couple’s personal life has ignited a spark to watch the film in order to enjoy their on-screen chemistry.

And it’s a wrap! Here were some of the major marketing and PR strategies by team Brahmastra. We wish the team of Brahmastra huge success and power.