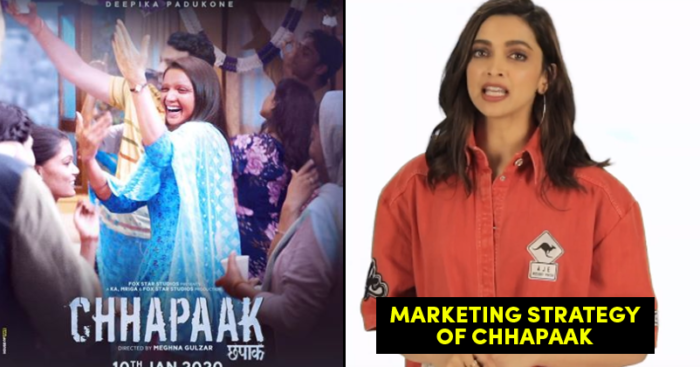 Meghna Gulzar’s movie Chhapaak starring Deepika Padukone, which is based on the true story of acid attack survivor Laxmi Agrawal, has hit the cinemas yesterday.

There was lot of hype created about the movie. Everyone was waiting for its release, and that is what Chhapaak producers want from their marketing team. 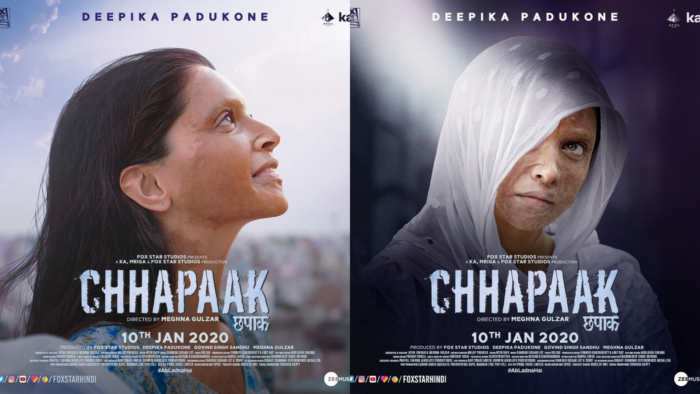 Well, considering the long waiting lines for tickets, it seems like Chhapaak marketing efforts were successful enough to create the buzz among users and get them to cinemas.

Here is a quick look at the Chhapaak marketing efforts:

The producers had announced the beginning of shoots in March 2019 and straightway there was buzz what Deepika Padukone is up to.

She is courage.
She is hope.
She is @deepikapadukone as #Malti in #Chhapaak.
Shoot begins today.
Releasing on 10th January, 2020.@masseysahib @foxstarhindi pic.twitter.com/WszEOoL3L7

A day before the launch of a trailer the makers released the announcement of the trailer on social media with a short video.

A glimpse into a precious journey…
Of an unshakeable experience… #Chhapaak Trailer releases tomorrow.@deepikapadukone@masseysahib@foxstarhindi @_KaProductions@mrigafilms pic.twitter.com/4BWbzEav54

Trailer of the movie was launched on 10th December 2019 and it was the official beginning of the marketing campaign of the movie at full throttle. Ranging from social media campaigns to brands association to contests on BookMyShow, BTS promotion, TV promotions, and NGO thanking the producers, producers have done almost everything to reach a wider audience.

Powerful… Stories like this need to be attempted more often… Trailer of #Chhapaak shakes you up… Stars #DeepikaPadukone and #VikrantMassey… Directed by Meghna Gulzar… 10 Jan 2020 release… #ChhapaakTrailer: https://t.co/eL60DrNYMe

For more stories to be told. For more courage to be heard. #Chhapaaktrailer is strength reenforced to say what is right and truth that only unfolds. Claps and respect @meghnagulzar @deepikapadukone @foxstarhindi https://t.co/J6XOyYI7eU

Campaign on Social Media to Keep the Buzz Alive

#Mumbaikars! We bring to you the golden opportunity to meet Bollywood's numero uno diva @deepikapadukone on the occasion of her latest film #Chhapaak's release. Take part in the #ChhapaakOnBMS contest & be the lucky one!#ContestAlert #ContestIndia @foxstarhindi #AbLadnaHai

New year brings out new hopes and that’s what #Chhapaak is all about.
Watch Deepika and Kartik as they welcome the New Year in their own imitable style at The Star Screen Awards tonight at 8PM, only on @StarPlus.@deepikapadukone @TheAaryanKartik pic.twitter.com/cWdSL9BT3e 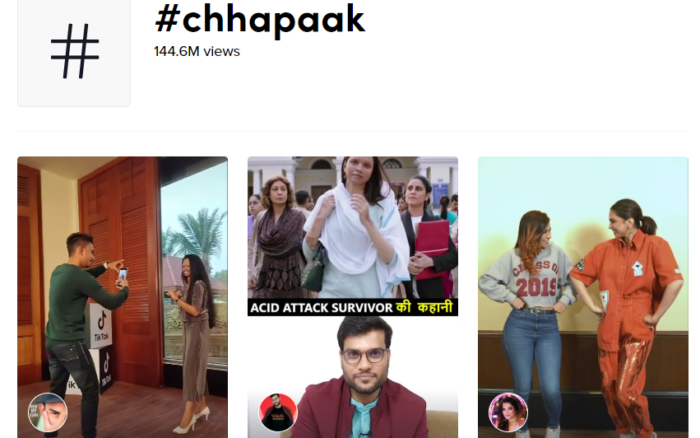 filmmaker Meghna Gulzar graced the occasion and visited Sheroes Home to support the campaign in the event of Sheroes @SheroesHangout #GALAMEET2018 pic.twitter.com/Ggd4Oq9GGz

So this is how producers ensure that every Indian should become a part of the movie.